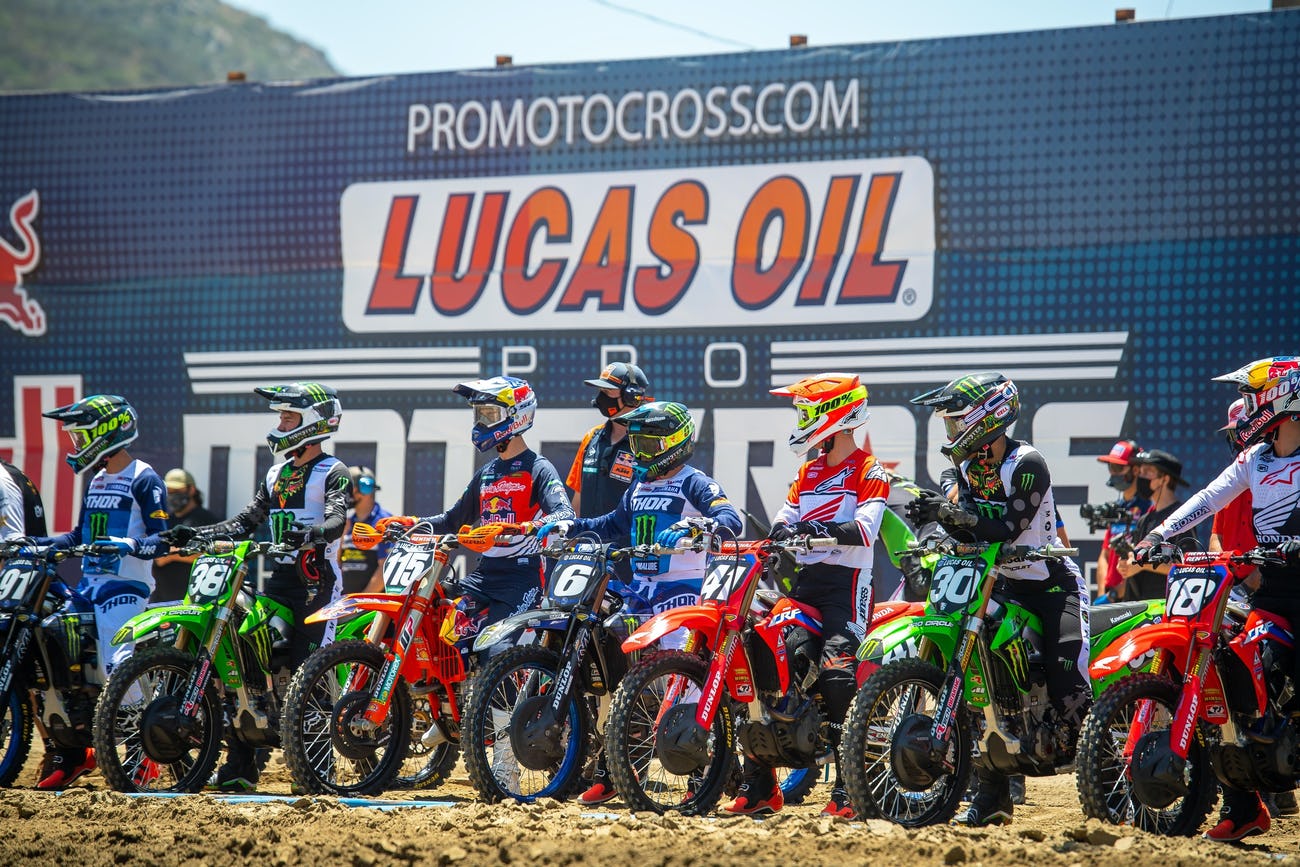 It’s time for the second round of 2021 Lucas Oil Pro Motocross! There are a lot of questions and talking points heading into round two of twelve, which means that a lot of fans from across the world will want to follow the on-track action. Everything that you need to do that is below. Remember that those in Colorado are seven hours ahead of people in the United Kingdom and eight hours ahead of those in mainland Europe. Adjust the schedule below accordingly!

Those in Colorado are seven hours behind the United Kingdom. Adjust the schedule accordingly. If the stream runs like last year, it’ll start with the second timed sessions in the morning. Those sessions start at 16:50 in the UK (17:50 in mainland Europe) – free practice actually begins at 15:00 in the UK though. The first 250MX moto begins at 20:15 in the UK and 21:15 in mainland Europe, then the rest of the races run straight after that. The final 450MX moto begins at 23:15 in the UK.