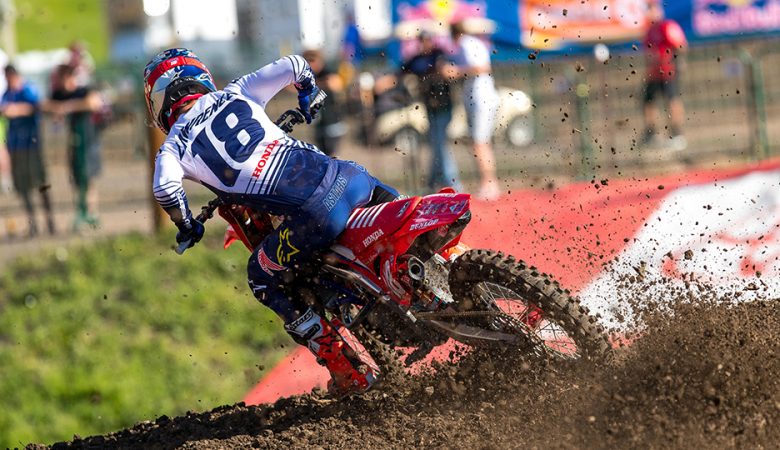 The third round of the 2021 Lucas Oil Pro Motocross Championship will bring the world’s best riders east for the first time this summer as the series makes its highly anticipated return to High Point Raceway. The legendary venue on the Pennsylvania / West Virginia border has become a Father’s Day tradition for the sport and after a year away the passionate fans throughout the region and the riders themselves are eager to return to one of the pillars of American motocross.

It’s been a dominant start for the international duo of Team Honda HRC’s Ken Roczen and Monster Energy/Star/Yamaha Racing’s Dylan Ferrandis in the 450 Class, as both riders have captured an overall win and took the checkered flag in all four motos run thus far. Will someone be able to unseat the German and the Frenchman? In the 250 Class, Team Honda HRC’s Jett Lawrence looks comfortable with his hold of the red number plate, despite having little experience as the leader of the division. The young Australian will make his first visit to High Point, in search of yet another overall podium result.

Those at High Point are five hours behind the United Kingdom. Adjust the schedule accordingly. The stream will start with the second timed sessions on Saturday morning, as usual, and those sessions start at 14:50 in the UK (15:50 in mainland Europe). Free practice actually begins at 13:00 in the UK though. The first 250MX moto begins at 18:15 in the UK and 19:15 in mainland Europe, then the rest of the races run straight after that. The final 450MX moto begins at 21:15 in the UK.