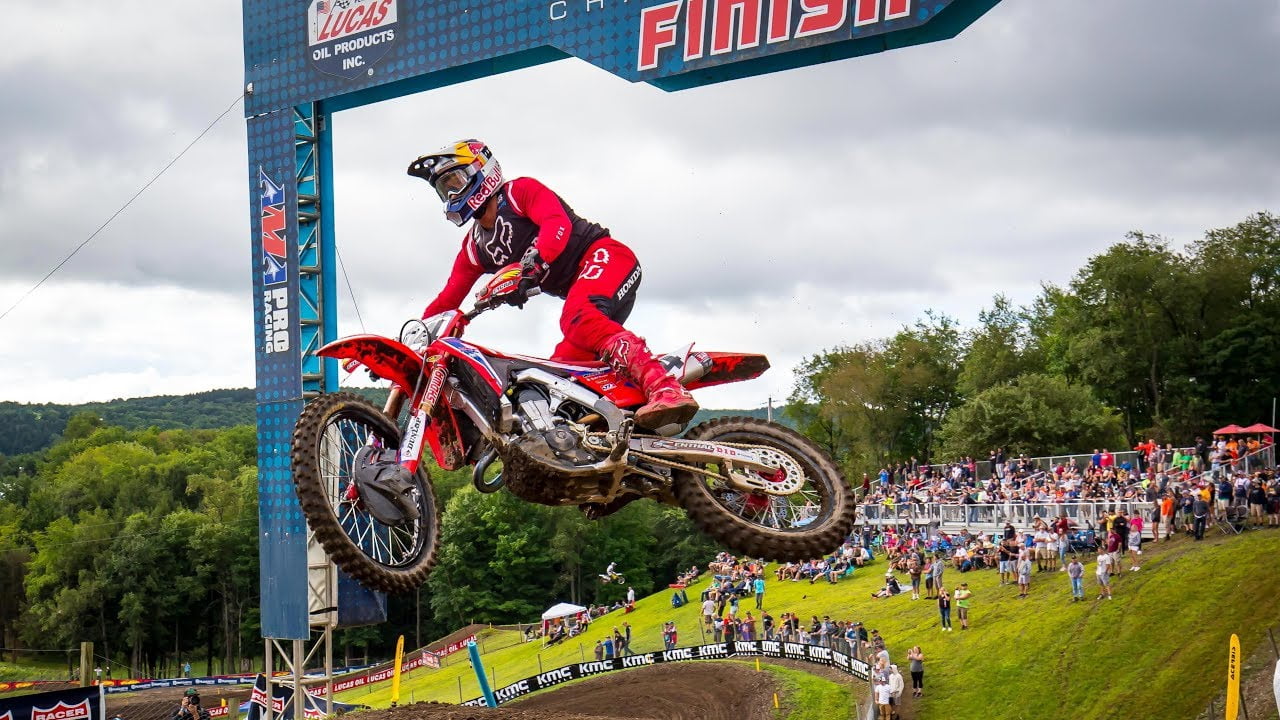 New York’s iconic Unadilla MX has been hosting world class motocross races for more than 50 years and is the only track from the inaugural Pro Motocross season in 1972 that remains a fixture on the current championship calendar. After a year away, the stars of the sport are eager to make their return to these hallowed grounds for the Circle K Unadilla National, where the one-of-a-kind sounds of four-stroke motorcycles will once again echo through the Unadilla Valley.

After a dominant start to the season by Monster Energy/Star/Yamaha Racing’s Dylan Ferrandis, the 450 Class points leader, and Team Honda HRC’s Ken Roczen, new riders have emerged victorious in the premier division at the two most recent rounds — Troy Lee Designs/Red Bull/GASGAS Factory Racing’s Justin Barcia and Team Honda HRC’s Chase Sexton. Additionally, three-time champion Eli Tomac has been knocking on the door of his first win of the season aboard his Monster Energy Kawasaki, setting the stage for a compelling battle for victory on Saturday at Unadilla as the depth of talent in the division continues to shine.

In the 250 Class, Monster Energy/Star/Yamaha Racing’s Justin Cooper may be the rider everyone is chasing as points leader, but its teammate Jeremy Martin who is currently the hottest rider in the division. Martin is the only 250 Class rider to earn multiple wins during what has been a historic level of parity, but after being forced to miss a race due to injury he’s currently on the outside looking in as it pertains to the championship battle. That shifts the focus back to Cooper and Team Honda HRC’s Jett Lawrence, who have set the tone atop the standings all season long and will continue their battle on Saturday.

if videos don’t work for you go on this links down bellow !!