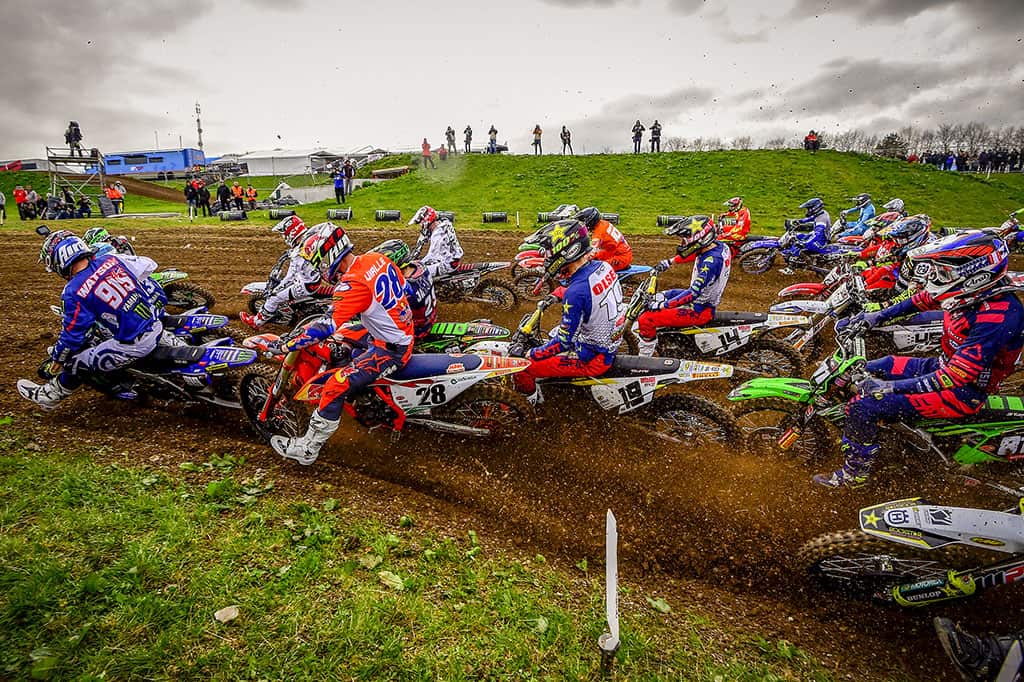 Following the excitement of the opening round two weeks ago in Orlyonok where we saw defending champions Tim Gajser and Tom Vialle dominate their categories, the entire paddock is eager to get behind the gate once again as we continue this epic season of MXGP.

Matterley Basin, the second appointment for the 2021 Motocross World Championship which will start this weekend on the splendid English track, nestled in the green hills of Southampton. In the MXGP class we start once again from the clear supremacy shown by the reigning champion Tim Gajser who literally beat the competition in Russia. Jeffrey Herlings, second in the standings with a gap of 10 points, on paper is not favored by the compact bottom of the track but the bad weather forecasts open more congenial scenarios for the Dutch driver. Tony Cairoli has a good feeling with the English track on which he wrote memorable pages of his career. In debt to good luck, which took away from him a well deserved podium in the opening race, he will probably run an all attacking race with the intention of recovering the lost points. Attention also focused on the excellent Alessandro Lupino who at Orlyonok showed a granite consistency, conquering an excellent fourth place overall. In addition to the aforementioned Cairoli and Alessandro Lupino, Ivo Monticelli, Alberto Forato who will make his debut in the big class riding the GasGas while unfortunately Michele Cervellin will still be absent due to prolonged wrist problems.

Also in the MX2 category only one man on the track to beat, Tom Vialle! In the opening test, the Frenchman left very little to the rest of the team. With two unappealable victories he immediately clarified his intentions with regard to reconfirmation at the top. Jago Geerts is still in great difficulty due to the recent knee injury which presumably will slow him down for a not short period. For our colors, Mattia Guadagnini is expected to be the protagonist riding the official KTM managed by Team De Carli.

LIVE STREAM ON THE LINK DOWN BELLOW