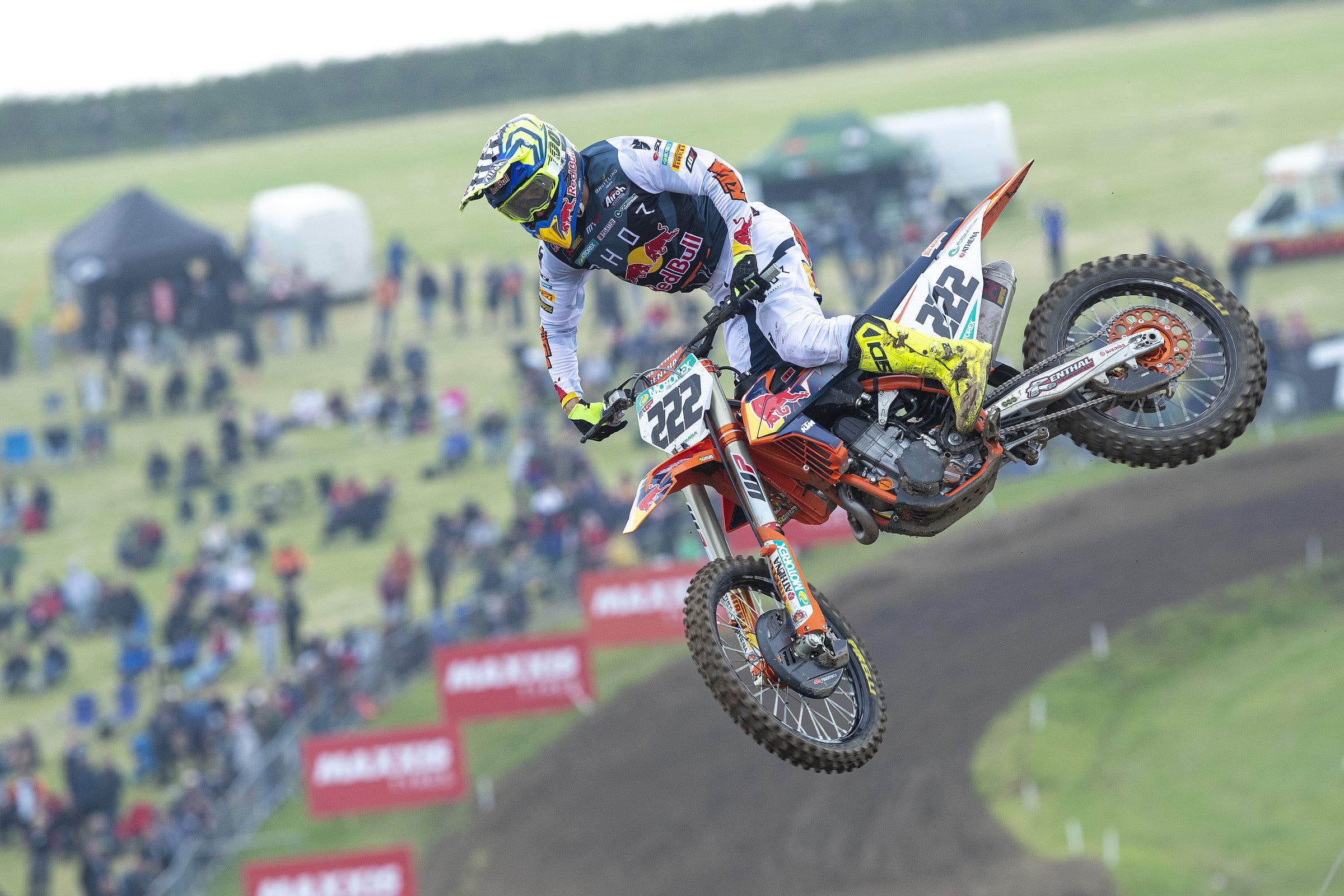 The British Grand Prix formed the second round of 2021 MXGP and the spectacular sprawl of the Matterley Basin circuit was the stage for Red Bull KTM Factory Racing’s Tony Cairoli to post his first win of the season.

The rough, tacky soil of Matterley Basin provided a fast and technical challenge for the three MXGP and three MX2 riders of Red Bull KTM for the first of six Grands Prix to take place in the next seven weeks. A cool, cloudy and showery climate covered the venue in southern England that packed a noisy 4000 spectator attendance into the facility.