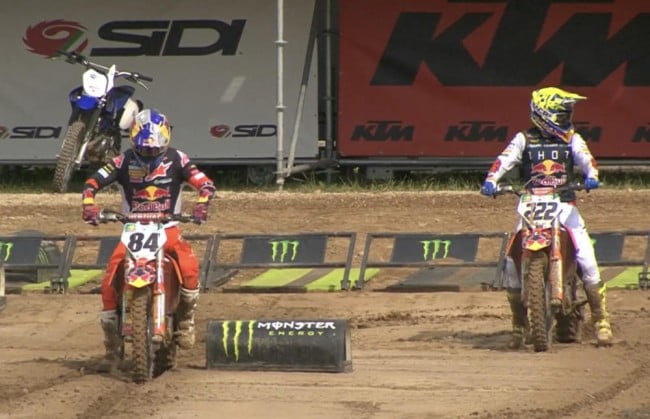 The MXGP of Latvia is set to host the seventh round of the 2021 FIM Motocross World Championship this weekend at the sandy Kegums circuit for what is set to be another exciting Grand Prix, as the top MXGP and MX2 stars will battle for top positions.

The Latvian Grand Prix will conclude a four-week stint of races before we head into a three week break ahead of the Turkish double-header.

Last season Kegums hosted the very first, in the history of motocross, triple-header which kick-started the 2020 season after a long break due to a worldwide lockdown. The three races were incredibly successful and saw victories from Glenn Coldenhoff, Antonio Cairoli and Jeffrey Herlings in MXGP, while in MX2 it was Tom Vialle who won the first GP, while Jago Geerts dominated the last two.

The first race to take place at the Latvian venue was back in 2005 with Sven Breugelmans winning in the MX3 category, while Marcus Norlen was victorious in the 125cc class. The first official Grand Prix to be held in Kegums was in 2009, with Antonio Cairoli winning the then MX1 class and Rui Goncalves victorious in MX2.

This year we return to Kegums for the 11th year, 12 counting the 2014 Monster Energy FIM Motocross of Nations, for what will be another interesting Grand Prix as things get more intense in the MXGP and MX2 championships.

This weekend’s races will also the fourth round of the EMX250 and EMX Open Championships. In EMX250, Fantic Factory Team Maddii’s Nicholas Lapucci will look to continue his podium streak and extended his 26-point lead over SM Action YUASA Battery Racing Team’s Kevin Horgmo and TBS Coversions Racing Rick Elzinga.

LIVE STREAM WILL BE POSTED DOWN BELLOW !!