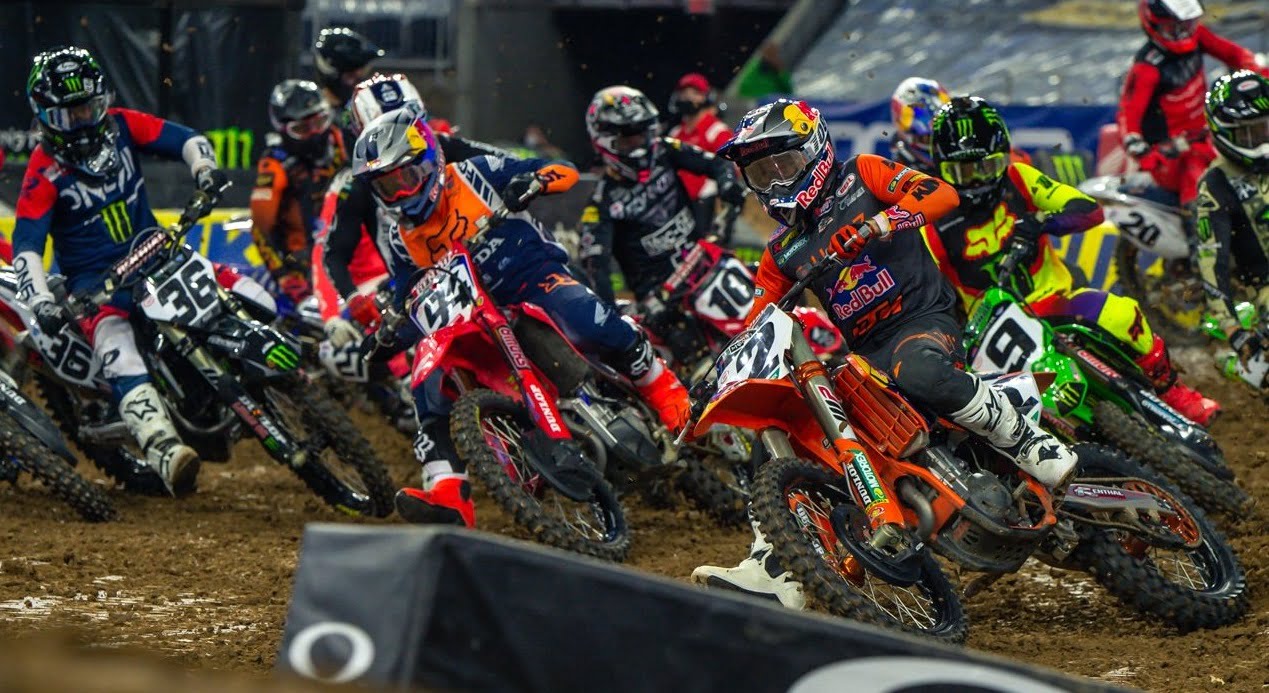 We’re not in Texas anymore. It’s legit cold here in Indianapolis, which luckily has a domed building with Lucas Oil Stadium. Teams have turned on the heaters and zipped up their full tent skirts. Factory motorcycles were going through extensive warm ups all morning. Inside the building, though, things are surprisingly good. Indy’s dirt is usually quite wet, but it was drier than usual as it got trucked into the stadium. Feld’s Mike Muye said Indy just had a dry winter compared to usual, and they got lucky. You can expect this dirt to get rutted, but not nearly as much as year’s past.

The track layout is quite complicated, including a unique design through the second turn, where riders will go a different direction on lap 1. On a regular lap, turn two is a 180 bowl turn, which shoots the riders right back toward the first turn.