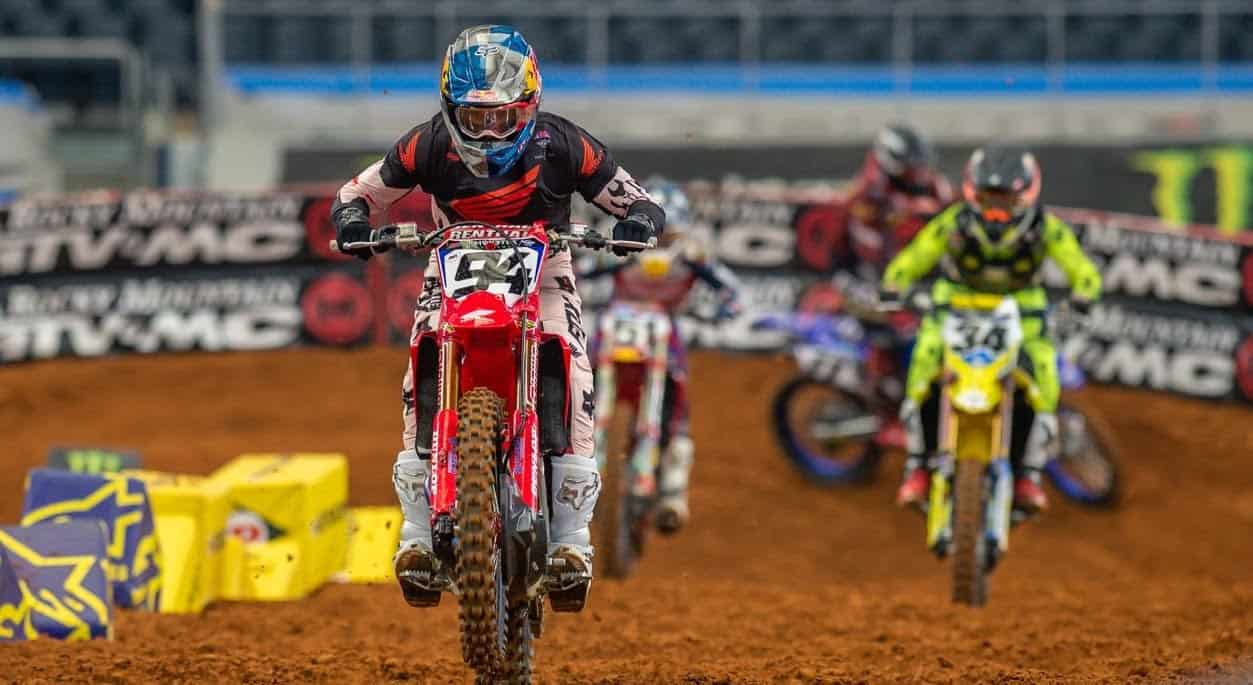 The 12th round (of 17) of the 2021 Monster Energy AMA Supercross will take place on Saturday, March 20, at AT&T Stadium in Arlington, Texas.

12 round of the Monster Energy Sx. first attempt to escape at the top of the standings for Cooper Webb after yet another consecutive victory of the last appointment. Second place in the overall ranking for Ken Roczen who must necessarily return to fight for the victory if he wants to stay in the race for the title. Last step of the virtual podium for Eli Tomac. Behind the leading trio Justin Barcia will try to stem the action of Aaron Plessinger and Malcolm Stewart who are closely following him. In the cadet class the Red Table in the hands of Hunter Lawrence. Justin Cooper, Cameron Mcadoo and Garrett Marchbanks have the task of stemming the action of the Honda rider.