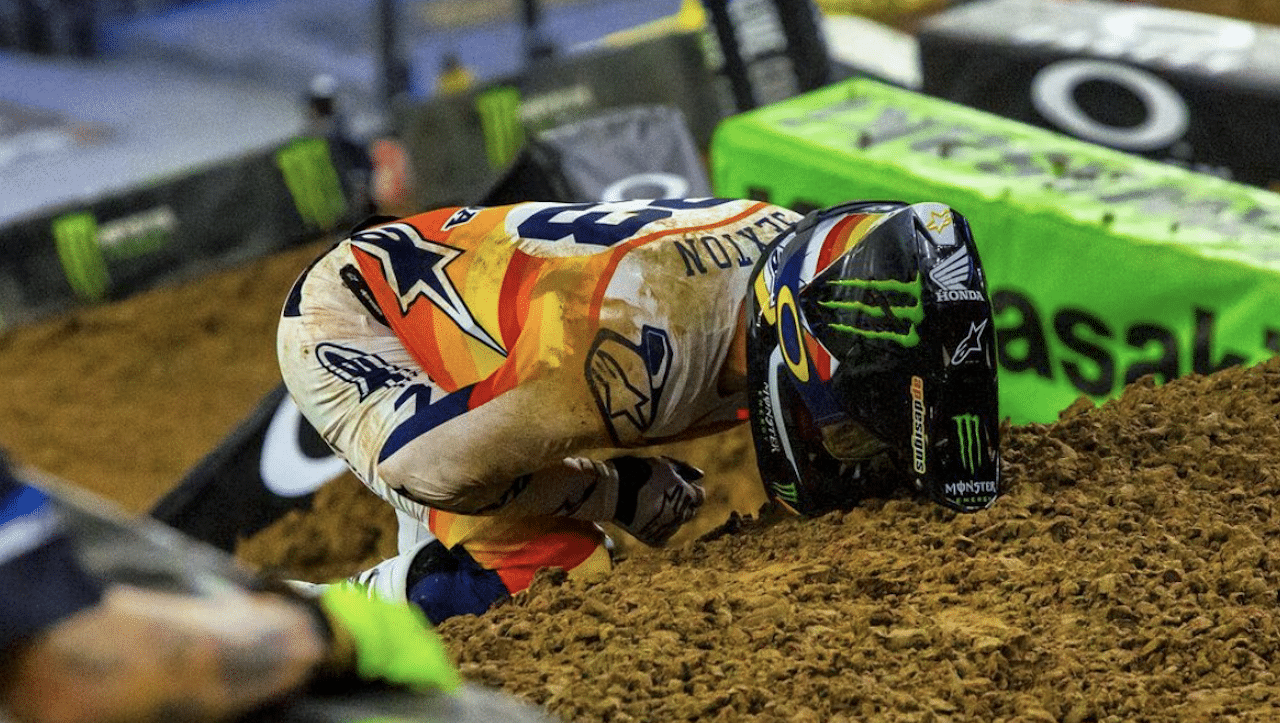 Still suffering from the effects of his January 19 crash during the Houston 2 supercross, Chase Sexton is not making the trip to Indiana ahead of this Saturday’s Indianapolis 1 Supercross.

The incident saw the Team Honda HRC rider suffer a crash exiting the sand section, leading him to miss the third Houston round of the AMA Supercross series, and his right shoulder still lacks strength. X-ray and MRI scans were negative for fractures or tears, and doctors have diagnosed Sexton with a contusion and strain of the right rotator cuff and scapula.

While he continues a physical therapy program at his home in Florida, Sexton is still not physically ready to race. Currently, the target is for him to return for the third Indianapolis round, on February 6; however, he is being monitored day by day, and the decision could change.

In the meantime, Team Honda HRC will continue to be represented by Ken Roczen (who is currently leading the 450SX standings) and 250SX East rider Jett Lawrence.

“After my shoulder injury from Houston 2, I feel a little bit better,” said Sexton, whose birthplace of La Moille, Illinois, is just 250 miles from Indianapolis. “I have range of motion back, but I’m still pretty weak in the shoulder. The MRI results came back good; it’s just a really bad strain and contusion in my right shoulder and shoulder blade. I wish I was racing this weekend in Indy, especially it being my home race, but my goal is to be back for Indy 3; that’s what we’re shooting for. I’m trying to gain strength in my shoulder because I don’t really want to come back unless I’m ready to go win—I want to be 100%. It’s going to be a tough one, but hopefully we can get back and start competing where we left off—in the lead. I’m looking forward to seeing everybody at the races. It’s a bummer I’m missing my home race, but I’m excited to be there next Saturday and finish off the season strong.”