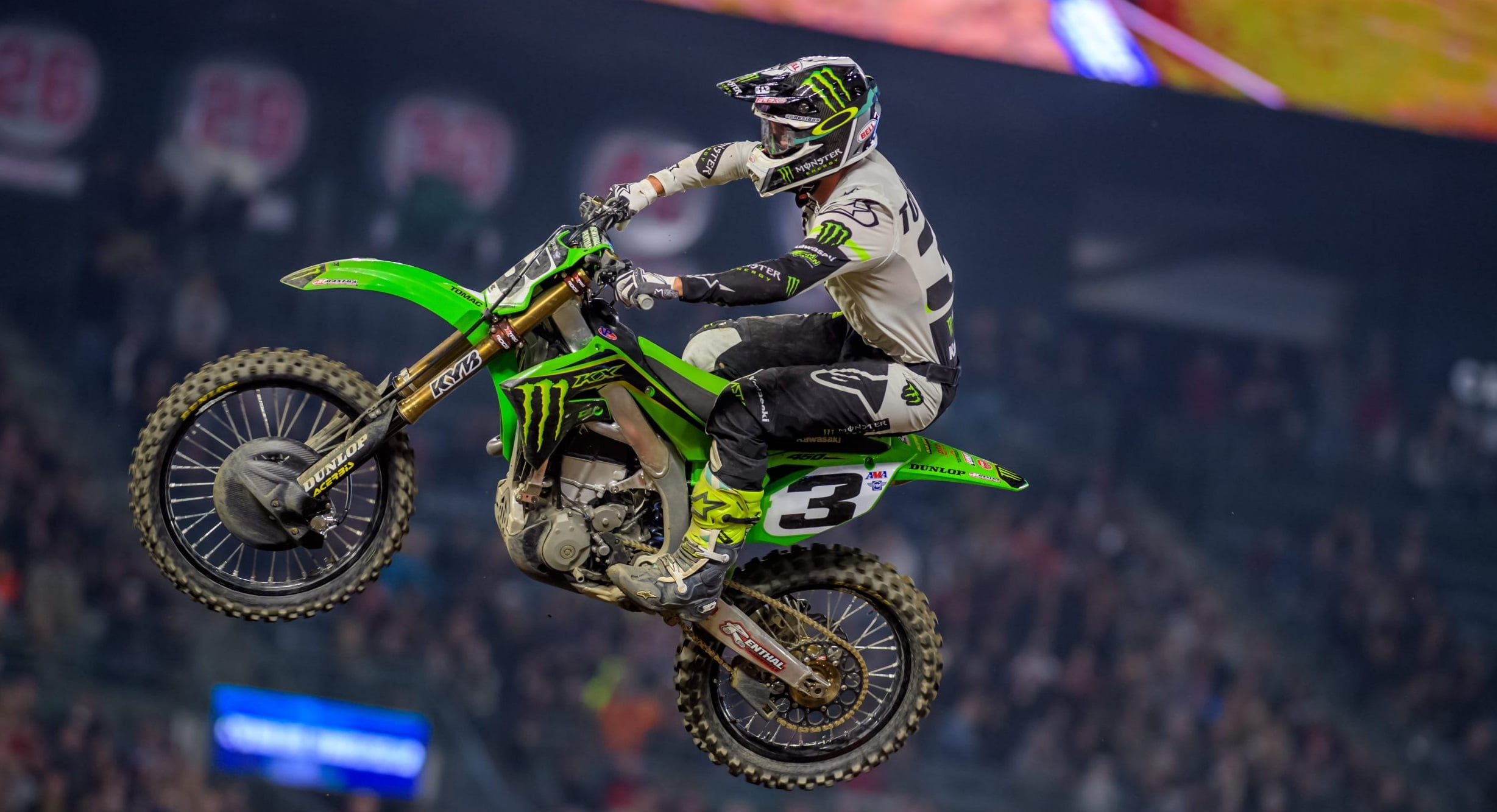 PulpMX’s Steve Matthes is hearing that Eli Tomac could now be heading to Star Racing Yamaha with Jason Anderson, who was expected to be going to Yamaha, now possibly replacing Tomac on Kawasaki!

In theory, it’s somewhat of a strange decision for Eli to go to Yamaha who haven’t had a machine that has not been universally popular with the riders for a number of years, especially with his current team and bike proven winners – so it must be a big offer!

This is in addition of course to Aaron Plessinger who is widely believed to be leaving the Star Racing Yamaha team and be heading to Red Bull KTM!

This is a massive shakeup in the paddock, and while neither the rider nor the team will likely officially announce the move until later in the AMA year when current deals expire, this all occurs at almost the exact time most high-profile team switches actually get signed (which is in the April-May sector).

The rumor patrol shows this as one of the more dynamic years for rider deals. In its first year in the 450 class, Monster Energy/Star Racing Yamaha squad showed great promise as Aaron Plessinger took major strides forward in supercross. Then we heard Red Bull KTM made an offer for Plessinger’s services, and Jason Anderson was actually rumored to be talking to Star Yamaha to take Plessinger’s spot. This Tomac news is a shocker. Tomac has ridden for Kawasaki since the 2016 season. The Colorado native earned three 450 Class titles in the Lucas Oil AMA Pro Motocross Championship (2017, 2018, and 2019) and the 2020 450SX Monster Energy AMA Supercross title with the Monster Energy Kawasaki team.

Soooo word on the street is Tomac going to Yamaha next year, wow. I had heard he had agreed to 2 more at Kawi but I guess it didn’t get officially done. That’s gonna be weird… #BLUCRU