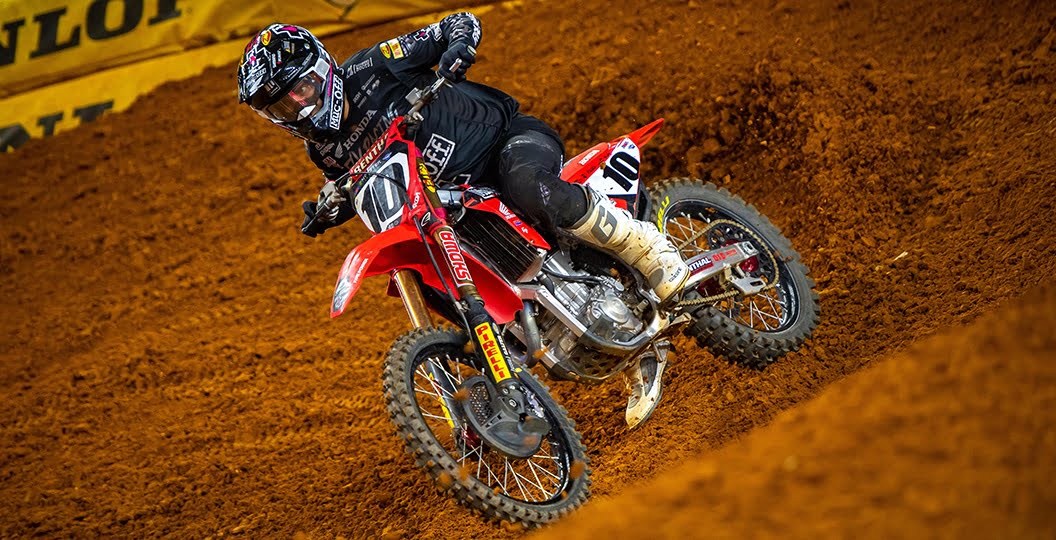 Justin Brayton had only returned to racing at the previous round in Arlington, Texas, but he is already back on the sidelines; Brayton crashed in his heat on Tuesday night and sustained an injury to his hand. It’s currently unknown just how bad his injuries are, but the Muc-Off Honda team initially hinted that he had broken his wrist and a finger. The statement from Brayton below seems to be more positive.

Brayton commented: “Well here’s what happened last night. Bike locked up in the air and sent me over the bars. At this point point I’ve just got some minor hand injuries but I’ll keep everyone posted as I know more.”

See the crash with Brayton at the top of the screen below:

VIDEO: What’s it Like To Ride a 1000cc Dirt Bike on Motocross Track