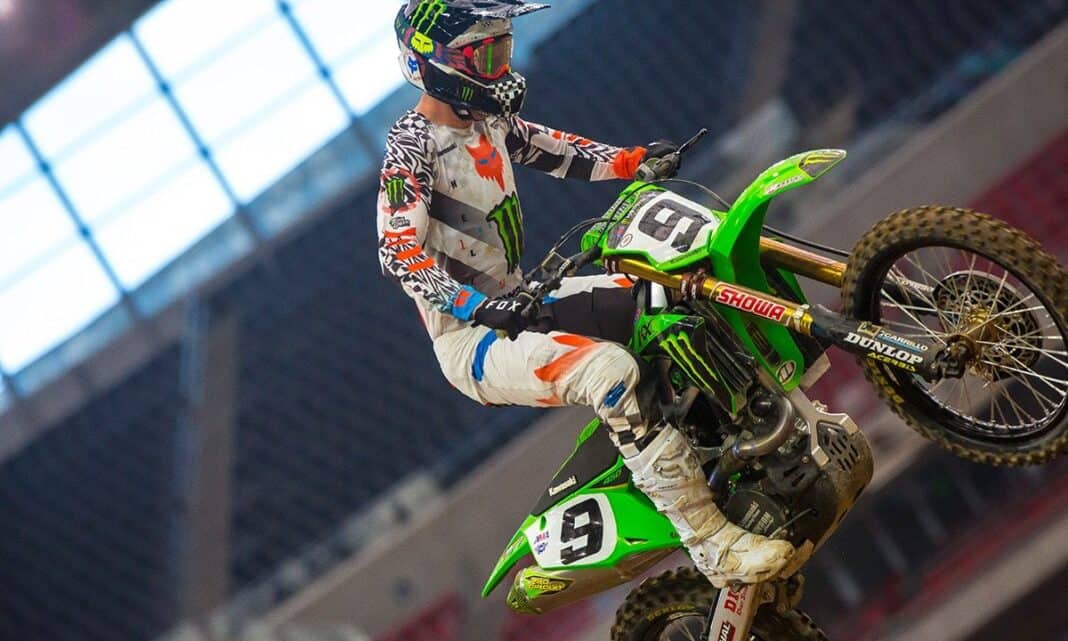 The third round of the Monster Energy Supercross series is the last of three in Houston, Texas that will take place this Saturday, January 23rd inside NRG Stadium. The series has been nothing but edge of your seat action in Houston. There has been a different winner in each class at each round and the results have been mixed round to round. You would have better luck throwing a dart blindfolded with all the riders on the wall then guessing who would finish where.

If you haven’t paid attention to any Supercross news after Tuedays race in Houston, then you wouldn’t know that Ken Roczen and Jason Anderson were penalized 4 championship points each. That penalty took the factory Honda rider out of the points lead, giving it back to Justin Barcia heading into round three. Ken didn’t like the decision as he voiced his opinion on his Instagram page (below) stating that he could not see the Red Cross flag because Dylan Ferrandis was blocking his view. We agree with Ken here and we are surprised that the AMA is sticking to their decision. Maybe if he was a Monster Energy sponsored rider then there would be exceptions? We hope the AMA is sticking to the rules without wavering this year. Only time will tell.

Make sure to keep up with all the Houston 3 SX qualifying times, results and any news as it happens right here on Dirtbikelover all Saturday day and night.

Тhe stream will be posted below this line once it starts !!

Heat Races and Main Event will be streamed also !!