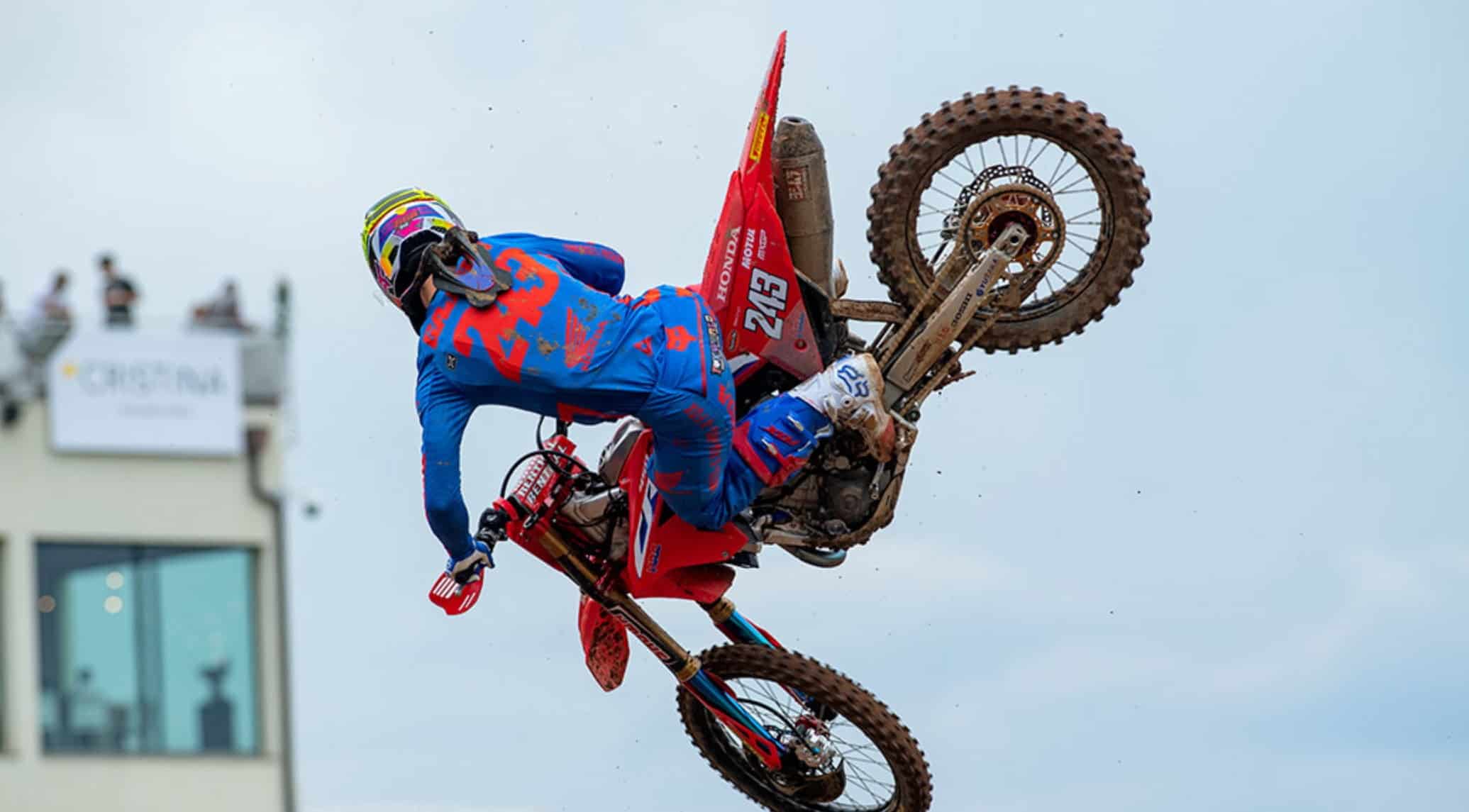 It has been confirmed that HRC rider Tim Gajser has broken his left collarbone. The defending MXGP champion and series leader crashed this week, has had an operation and rode yesterday to test the injury.

Despite feeling in a lot of pain, the Slovenian is happy he can race this weekend and will try and defend his series points lead. It will be tough work on the very rough Sardinian circuit, that is often considered rougher than Lommel in Belgium.

Tim Gajser has undergone surgery on his left collarbone in the period between the MXGP races in Turkey. The Slovenian motocross rider has broken his collarbone, sources confirm to Motorsport.com.

Tim Gajser: I really enjoyed the double-header in Turkey, I had a couple of really good races and was able to show my speed, win two motos and extend my championship lead. Since then, I went to Croatia to train a bit in the sand for Riola because I know this will be a difficult race there as the track can get very rough. I have done well in some pre-season events before, but the MXGPs are a very high standard right now so it won’t be easy but I want to just go out and try to enjoy my riding.

With a handy lead in the MXGP points standings, you can be sure the competition will be like sharks in the water as they try and steal back some points in the sand of Sardinia.