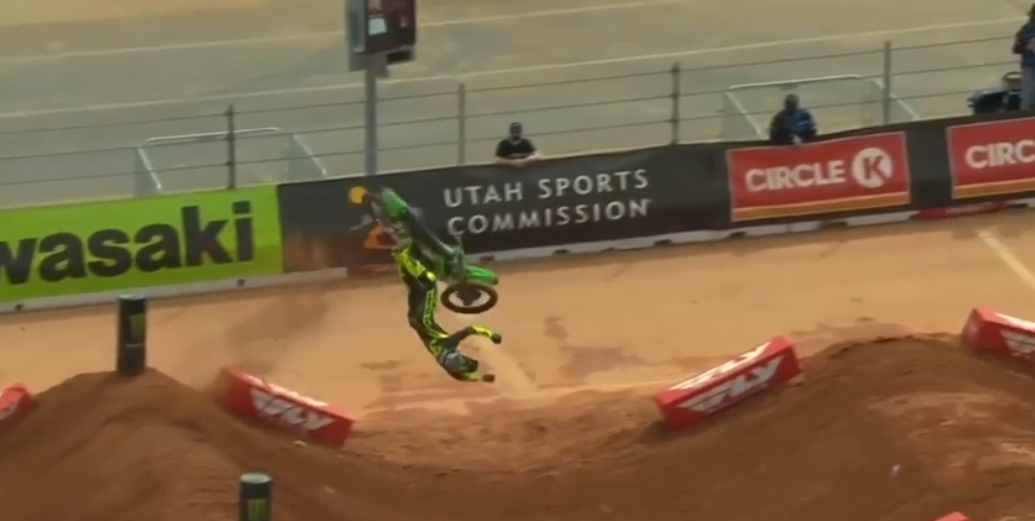 BIG crash for Cameron McAdoo at the end of 250SX Qualifying 2 Atlanta 3 Supercross !!

During the last qualifying session and still feeling the pain from his spectacular crash at the Atlanta 2 SX on Tuesday night, Cameron McAdoo one-upped himself with another massive crash. Once again, though, the #31 got to his feet and somehow rode back to the pits under his own power.

If he podiums or wins tonight after this crash, he may reach legend status. You can watch video of his crash below.