| The Home of Motocross News
Home News Video: Cooper Webb Goes Down in the Whoops in Qualifying Arlington 2 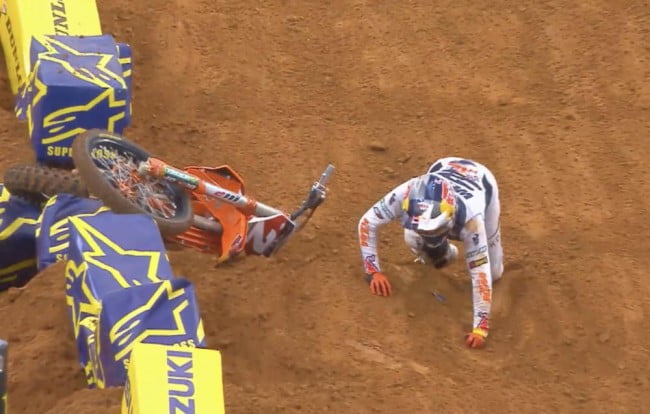 Eli Tomac went quickest in Q1 saying he liked the track because it has a good flow and the defending champ admitted he has made a “slight adjustment” from Saturday night.

Cooper Webb was right there on pace and vying for the fastest time but he went down on his last attempt at the fast lap in the whoops. Webb was able to get up and ride off but did come down on his head, session two will show if there was any lasting damage.