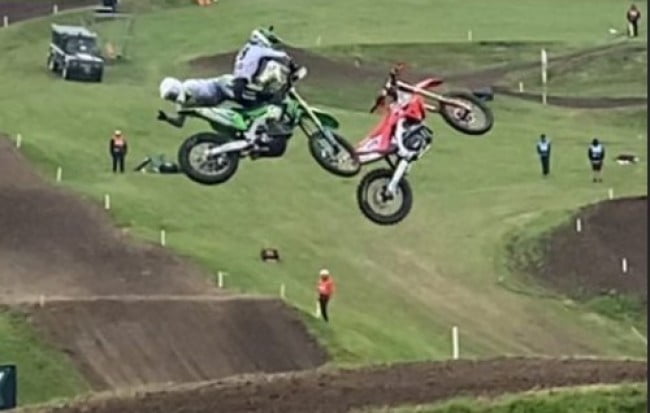 Jacobi crashed hard in the first race, but despite an injured back he lined up for the second race and hauled a 14th place finish out of the coals.

The track at Matterley Basin was spick and span for the GP event. Good weather made for a dry and fast track and high speeds. With qualifying times close to each other, Jacobi secured the 13th gate. He launched reasonably well in race one, but then it all went pear-shaped. He crashed on a table top, and the impact was such that he sustained a back injury, which forced him to the side for the rest of the race.

Both Henry and his Honda required some work between races, and he showed his determination by insisting that he would line up for the race. He launched just outside the top ten and held 11th spot for a few laps, dropping to 14th after a small error. He advanced one spot, but lost the position again, finishing 14th after a plucky ride.

The zero score in heat one held Jacobi down to 18th overall for the day. He is 22nd in the current world standings. The world championship series continues at Maggiora in Italy next weekend, and he will be hoping to make his way further up the world championship ladder.