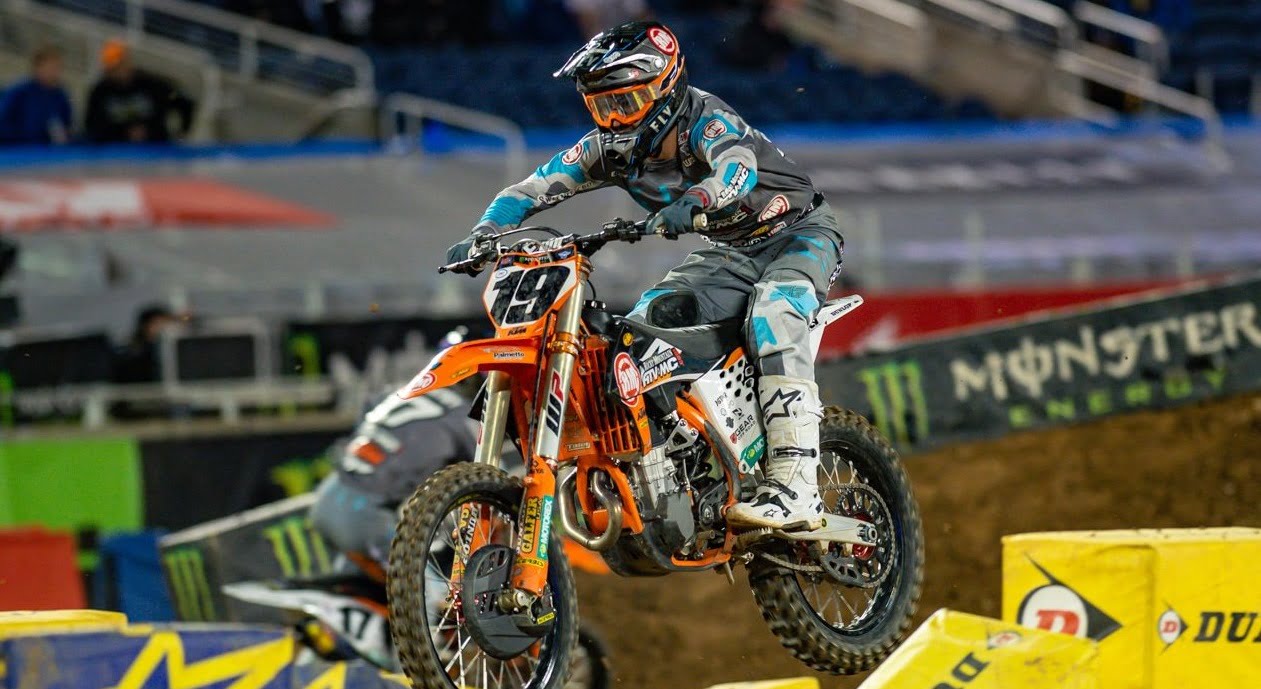 Justin Bogle Rocky Mountain ATV/MC-WSP KTM Rider had a gnarly crash in first qualifying session at Arlington 3 and he will be out for tonight’s racing..As Daniel Blair said in Race Day Live he has injured his collarbone (still not confirmed) we will update this post as soon as we have more news on Bogle health condition..

” Justin said from his social media account. “I’m obviously I’m out for tonight, not sure yet on the extent of things, will update soon.” We will update you when we get the official update on Justin’s injuries. With three weeks until round 13, there’s a chance the Oklahoman can get back without missing too much racing. Get well soon Mr Bogle.