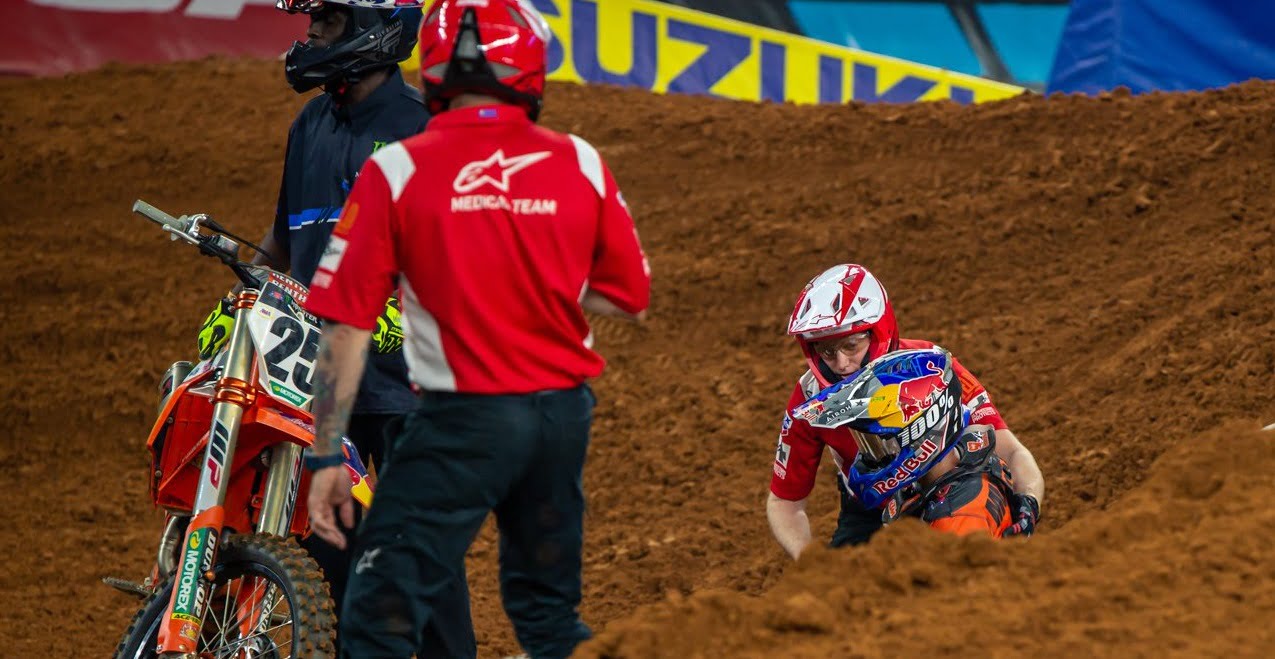 Red Bull KTM’s Marvin Musquin had a huge crash in his heat at Arlington 1. According to a post on his Instagram story, he hit neutral on an on/off and went over the bars. He said he sustained a concussion and got a few stitches in his arm and that his body is really sore. His status for Arlington 2 tomorrow is still up in the air.

Cameras didn’t catch the crash, but Lewis Phillips of MX Vice posted a clip of the crash and oh boy, it’s pretty gnarly.

No one has seen the Musquin crash… Until now! Gnar. pic.twitter.com/vvQTijpyAD