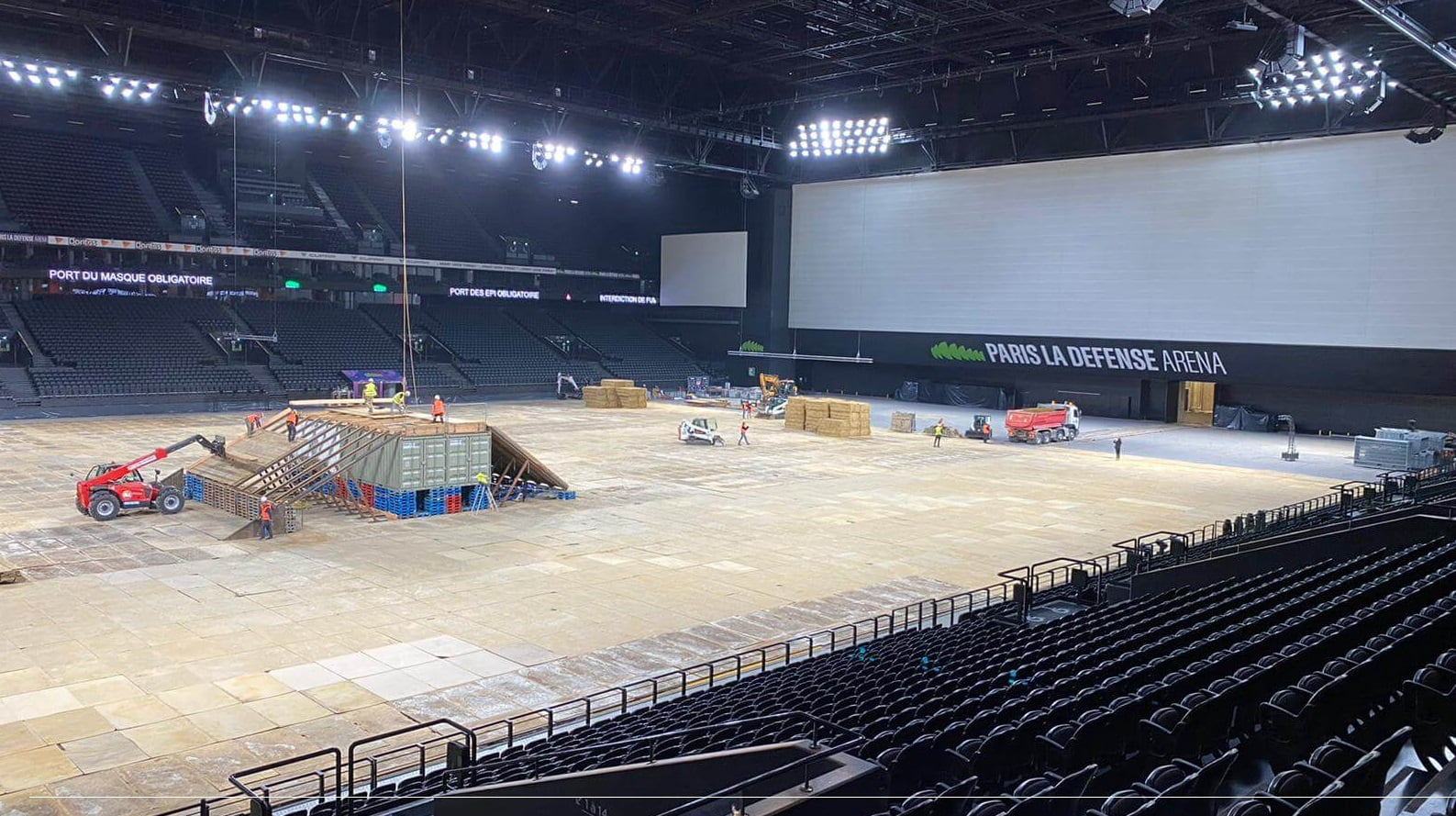 It’s just a few days until the the 38th edition of the Paris Supercross will start on Saturday afternoon, and the first trucks have started to deliver material to build the track (Pics by Mathias Brunner/www.motoverte.com) The first challenge is to be ready for the first practice session on Friday afternoon.

Then the next one will be to take everything out of the stadium on Sunday morning, as on Sunday afternoon the Arena will have a round of the French Rugby Championship!

The race will see Tony Cairoli and Romain Febvre take on Chad Reed and some of the top Euros and Americans inside the stadium. There has already been some controversy as one of the organisers has said the whoops will be less severe, in order to be more suitable for GP riders. And the American internet trolls have been quick to poke fun at the Euros!

Dirtbikelover.com will provide free live coverage of the event starting from Saturdat 2.30pm Central European Time – check with your timing !!