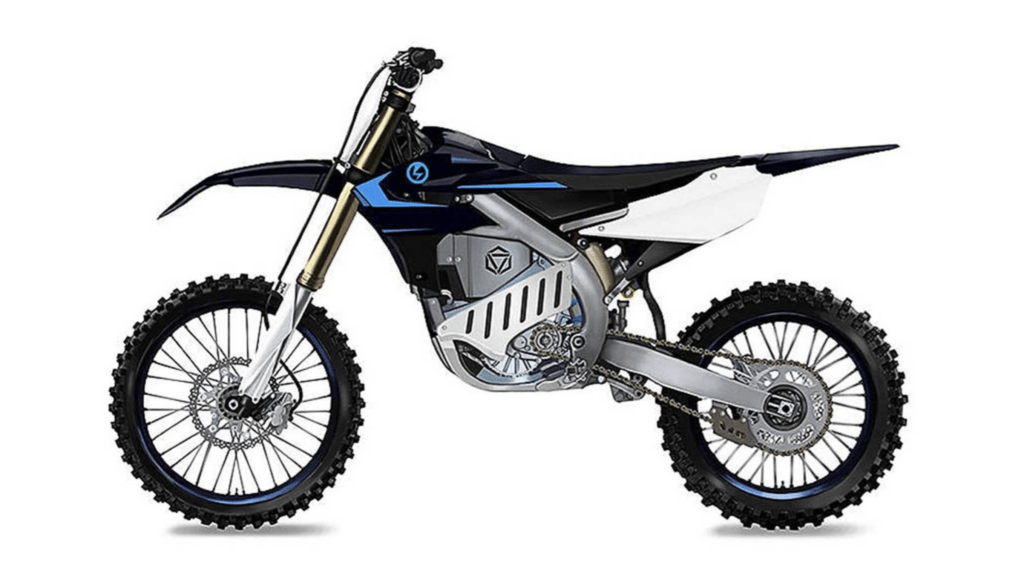 Yamaha Europe, the Dutch bikesport federation KNMV, and two high-tech firms Dohms Projecten and Spike join forces to build a race-ready Yamaha e-bike that is said to be as fast as a 250F and will go on sale in 2021.

The machine has the frame of a Yamaha YZ250F and all parts such as battery and motor have been adapted to be perfectly integrated. In the meantime, the EMX machine has passed its first test on the test bench with flying colors. The electric cross machine from ELEO (formerly SPIKE) and Dohms Projecten is on track to compete with the current 250cc 4-stroke machines. Elmar Dohms and engineer Laurens Kusters are the driving forces behind this project. In March last year, the pair started developing the EMX machine at the drawing board. The machine was drawn and built at the speed of light, without references.

ELEO and Dohms are building an all-electric powertrain into an existing Yamaha YZ250F chassis. In appearance it is a familiar dirt bike, but with the characteristics of an electric machine. The position of the saddle and weight balance are no different from those of existing MX bikes. However, riding is a new experience. The presence of the electric motor means that there is no need for a gearbox and that there is a lot of torque over a wide speed range. This allows it to be used differently from a motorcycle with a combustion engine.

You feel that you are always in the right gear. The power is always there, from idle to top speed, “Kusters explains. “The thrill of riding is still the same, but you have to do one less thing. You no longer have to shift gears to use the power of the engine. That means you can focus more on finding the right lines. The huge torque at low speed means that taking short lines is easier, and at the same time more challenging. “

They deliberately chose a machine that can compete with a 250 cc four-stroke engine, the most common engine type on Dutch motocross tracks, used by young people up to and including seasoned riders. “One of the biggest advantages of the EMX machine is that the power is computer controlled. This makes it easy to tune the power to the level of an 85cc or 125cc machine, “Dohms explains. “It makes the EMX a big wheel dirt bike that is suitable for a wide range of riders. Young people who have never sat on a motorcycle can start driving safely, with less power and a slower speed. Later power can be increased to the level used by professional riders. “

Another advantage lies in maintenance, which is significantly reduced. This machine does not have a filter, connecting rod or piston that require maintenance. With the EMX, all you have to do is change the transmission oil every so often.

ELEO has developed a special battery pack for the EMX that is suitable for the frame of a Yamaha YZ250F. But the technology behind the electric powertrain is universal. Motocross is one of the toughest sports there is. The g-forces and blows that the material must be able to withstand are not found in many other sports. “If the electric powertrain lasts in motocross, it can be used in other equally demanding sports,” Dohms explains.

The EMX machine will be further developed in the coming months. “The plans had to be adjusted a bit because of the corona crisis, so there were no international circuit tests yet,” Kusters explains truthfully. Still, he remains positive. “We were able to develop a lot on the engine. We will soon be conducting the first tests on a sandy track.”