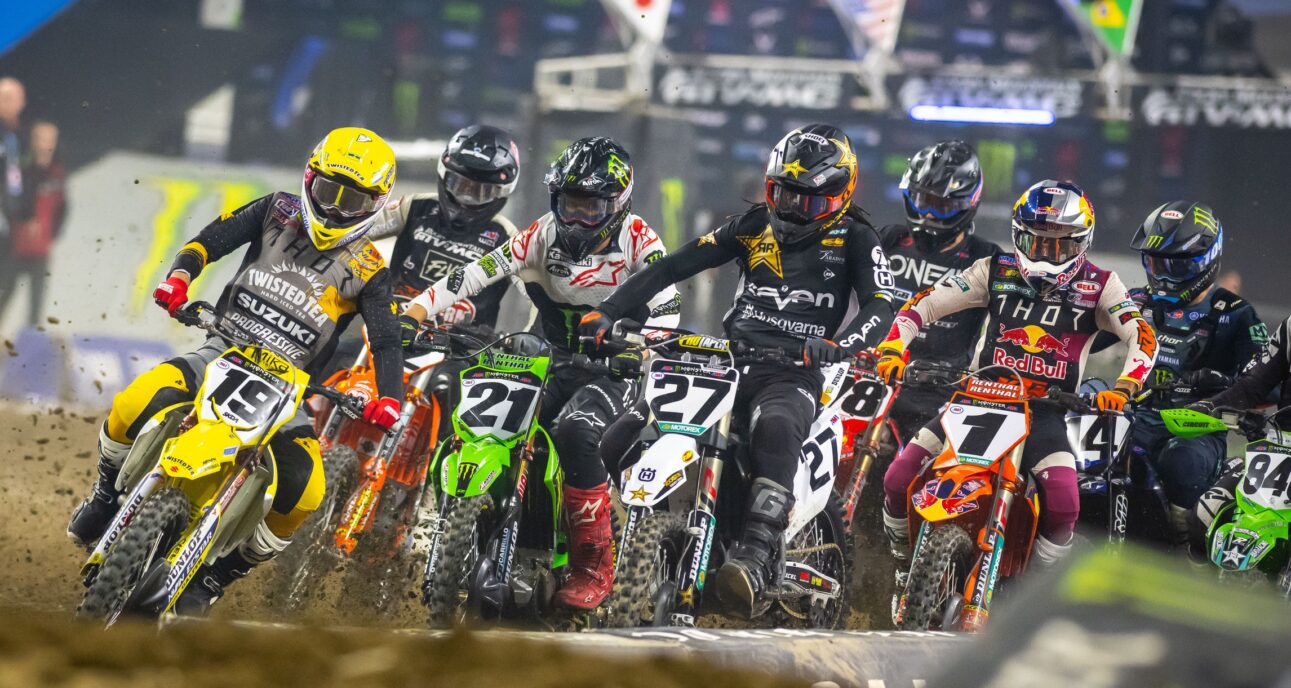 Welcome to Lucas Oil Stadium in Indianapolis, Indiana, for the 11th round of the 2022 Monster Energy AMA Supercross Championship. Another week of supercross racing is upon us as the Monster Energy AMA Supercross series invades Indianapolis today. After a crazy week of racing at the last round in Detroit, there seemed to be a collective deflation of the energy in this series now that championship leader Eli Tomac boasts a 42-point lead.

Monster Energy Kawasaki’s Jason Anderson had been 18 points down of Tomac prior to Detroit, but a mid-race crash for the New Mexican resulted in a DNF and ultimately put the massive gap between he and Tomac. Rockstar Energy Husqvarna’s Malcolm Stewart finished second last week and now pulls into a tie with Anderson for second in the standings, but Stewart has been knocking on the door for his first career 450SX victory for weeks and it seems only a matter of time before it happens.

n the 250SX class, Jett Lawrence is coming off his second straight victory and his third from four races to start the East Region campaign. The Honda HRC rider has looked nearly flawless the last two weeks and only some lapped traffic last weekend saw his lead diminish down to Pierce Brown behind him before he eventually pulled away again.

Full video replays Heat and Main Event will be posted down bellow !!