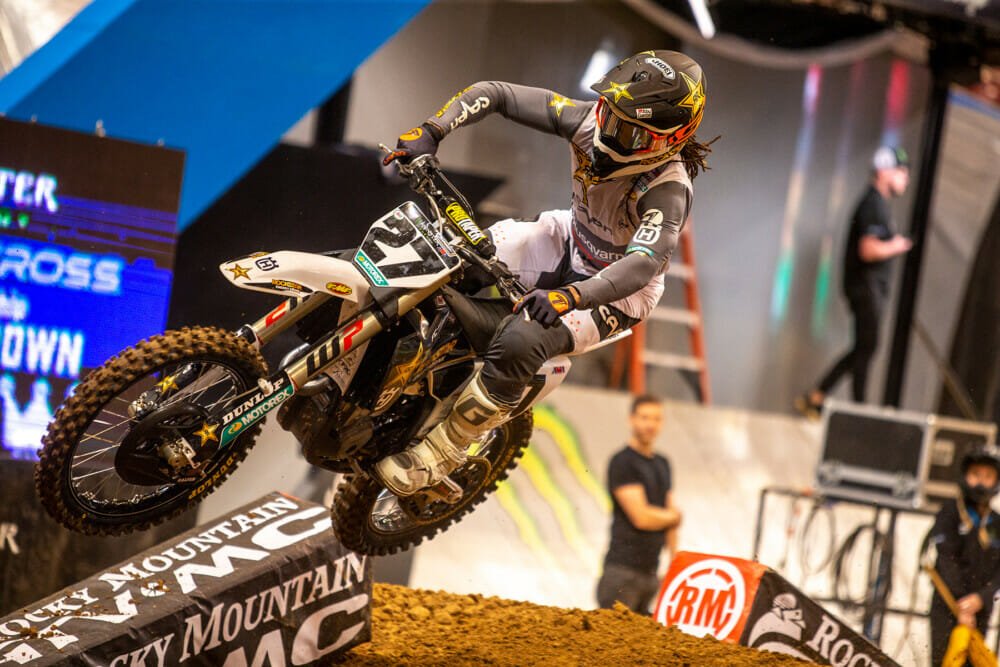 The 250 East Coast class is back at the races but before the gate drops, the riders have to qualify for the night show. Jett Lawrence is currently in command of the championship and it looks like it’ll continue as the only rider within ten points of the leader, Cameron McAdoo, is now out for the weekend after crashing during press day practice. We’re crossing our fingers that the fight for the podium will be exciting but as it looks right now, Jett Lawrence’s lead in the championship may be secured.

The 450 class is back for racing, and this round will feature the Triple Crown format. Eli Tomac has a ridiculously big lead in the championship, but the battle for second and third is closing down as Justin Barcia, Jason Anderson, and Malcolm Stewart are duking it out. So who do you think will be the fastest in qualifying? Will we see similar results when the riders have to compete in three Main Events?