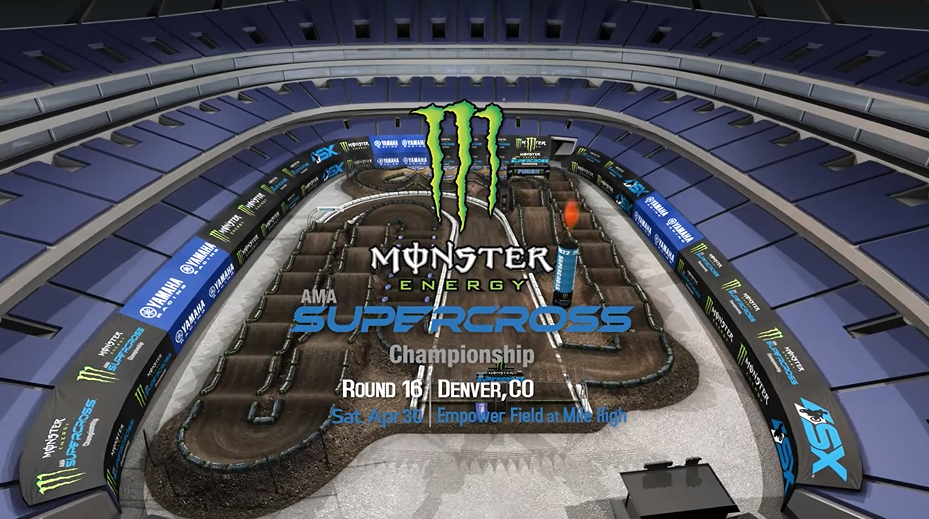 Star Racing Yamaha has a chance to pick up two titles this weekend, as Monster Energy AMA Supercross heads to Denver for round 16 of 17.

Let’s start with the easy one. Eli Tomac heads into his home race with a 43 point lead over second place Jason Anderson in the 450 Class. With only 26 points available after this weekend, Anderson would need to pick up 17 points on Tomac to push the title to Salt Lake City.  Christian Craig’s situation is a little more complicated. He enters the 250SX West Region this weekend with a 23 point lead on second place Hunter Lawrence. If Craig WINS this weekend, he’s the champ no matter what as he’d have a 26 point lead over Lawrence and holds the tie-breaker (most wins).

Here is the Animated Track Map of Denver