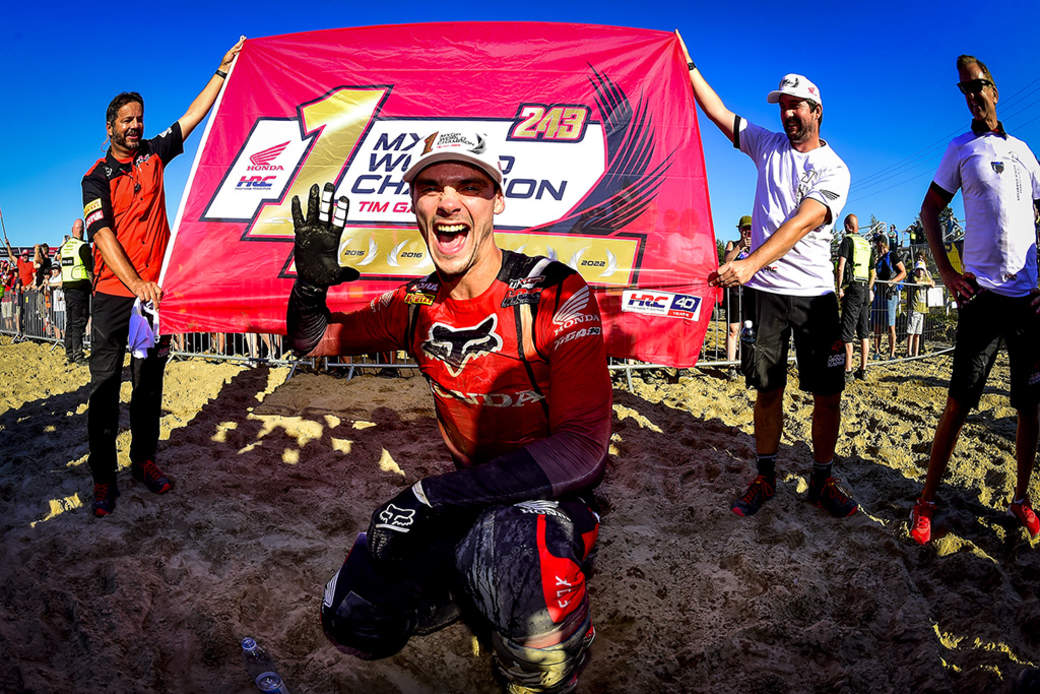 Tim Gajser took his fifth World title as Glenn Coldenhoff won his first GP for Yamaha at a memorable Finnish GP. An overjoyed Tim Gajser, who rode to two steady top tens, said: “Unbelievable I’m speechless! To win one title is a lot but five, we have an amazing team. Thank you to my crew, I’m super happy.”

Brian Bogers dominated race one but missed the podium after a tip-over in race two that saw a Yamaha 1,2,3,4 and 5 with Coldenhoff, Seewer, Renaux, Van Donick and Vlaanderen making it a memorable moto for the Blu Cru who also went 1-2-3 on the podium despite Honda winning the world title!