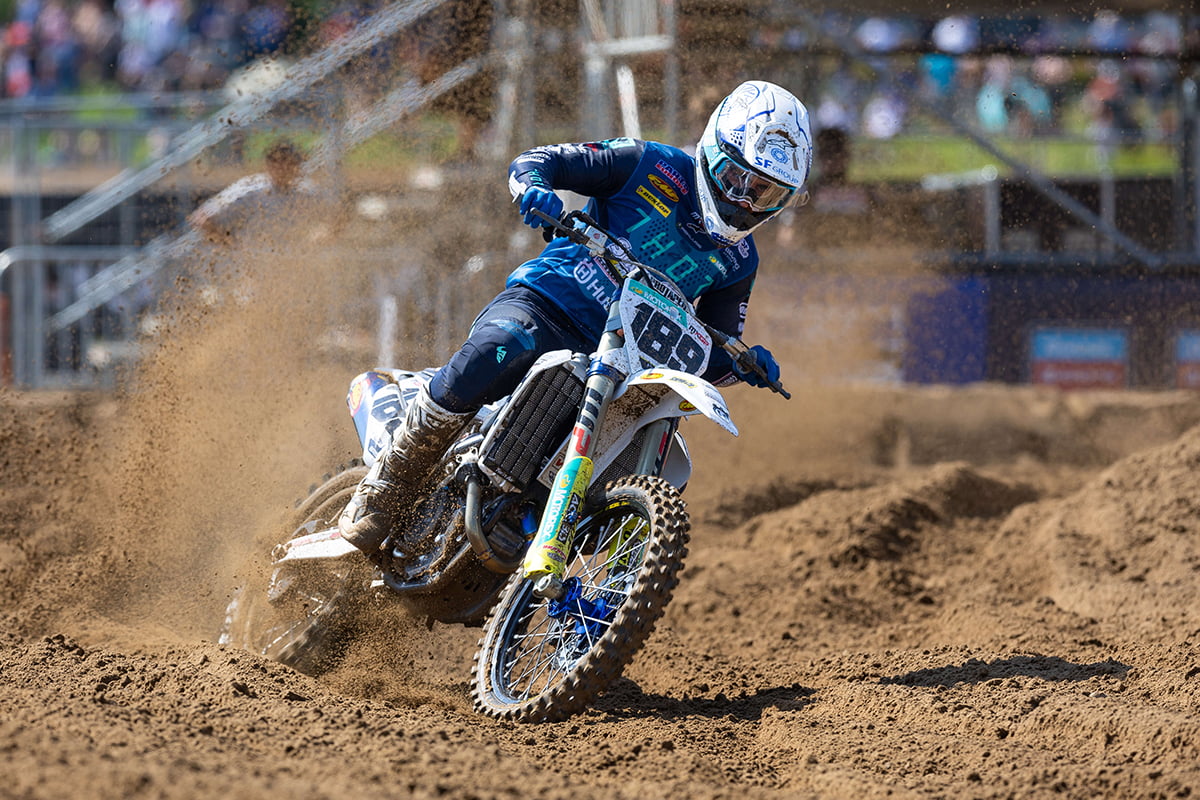 From the hard pack of Loket to the bottomless sand of Lommel, it is difficult to find back-to-back events quite as diverse as this. The Grand Prix of Flanders, as the Lommel event is officially dubbed, is the fourteenth round of the 2022 FIM Motocross World Championship. With no true sand specialist in either class, it’s likely to be a rather exciting weekend of racing. Could we see a different victor in the premier class, like Glenn Coldenhoff or Romain Febvre?

Standing Construct Husqvarna Factory Racing’s Brian Bogers secured a career-first MXGP victory at round 14 of the world championship in Belgium, as Jago Geerts emerged on top to extend in MX2. It was an important overall victory for Monster Energy Yamaha MX2’s Jago Geerts in Lommel who was able to gain valuable points against title-rival Tom Vialle (Red Bull KTM Factory Racing).