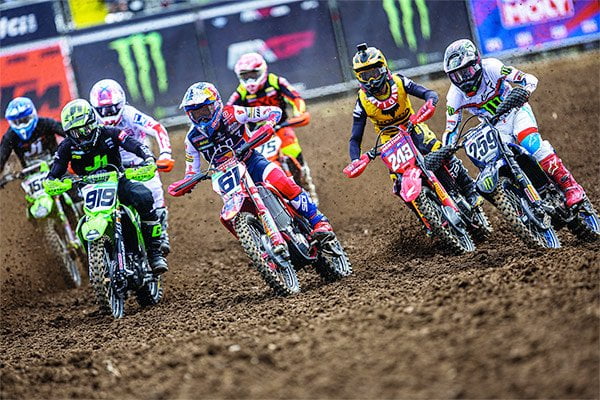 Next on the FIM Motocross World Championship calendar is an old favourite among the paddock, as this weekend Ernèe is set to host this year’s Monster Energy MXGP of France.

It has been a while since MXGP visited the legendary venue, in fact the last time a Grand Prix race took place in Ernèe was back in 2017 which featured Clement Desalle, Antonio Cairoli and Gautier Paulin on the premiere class podium.

Over the course of the last three decades, Ernèe has hosted MXGP numerous times, the first being in 1990 when American Donny Schmit won the 125cc GP on his Suzuki.

Monster Energy Yamaha rider Jeremy Seewer put his rough starting position after declining to race yesterday’s MXGP qualification race behind him and scored 1-2 results for victory. Second overall was Jorge Prado with 2-3 scores and third was Glenn Coldenhoff with 12-1 finishes.

Red Bull KTM Factory rider Tom Vialle has won his home GP with a consistent 1-3 score, just pipping main rival Jago Geerts who went 2-2. Third was Thibalt Benistant with 8-1. It was Vialles 20th GP victory. He is now just two GP wins away from names like Harry Everts, Dave Thorpe, Alex Puzar, Sten Lundin and Rolf Tibblin, who are all on 22 GP victories.