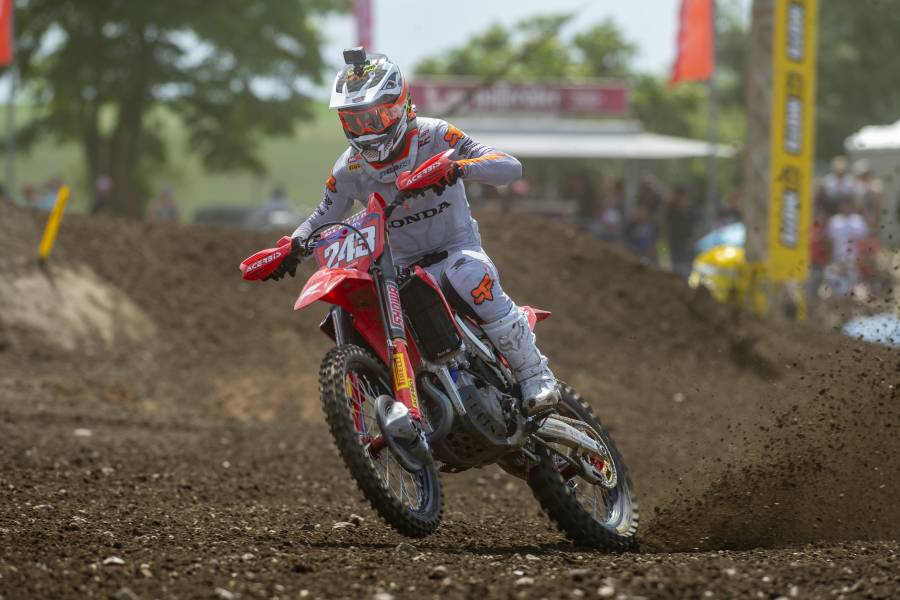 After three races off the podium, Tim Gajser was back on top at the German MXGP with an almost perfect weekend until Jeremy Seewer ended Gajser’s hopes of a 1-1 in the final moto! Gajser won the qualifier and then ran away with race one looking supreme after a holeshot and pulling away from Pauls Jonass and the aforementioned Seewer.

But the title drama was behind him. Vialle won race one holding off a determined Geerts right at the end after the Belgian spent the first half of the race finding a way by his teammate Benistant. Then in race two, with Benistant making an early pass for the lead, it was Vialle second with Geerts third, the top three all equi-distant apart to the tune of a couple of seconds. Then with Geerts still charging behind him, Vialle came to a surprising halt at the top of a hill and despite his efforts to restart the machine rolling down the drop-off, the KTM would not fire and a costly DNF resulted in Vialle losing the lead in the championship!