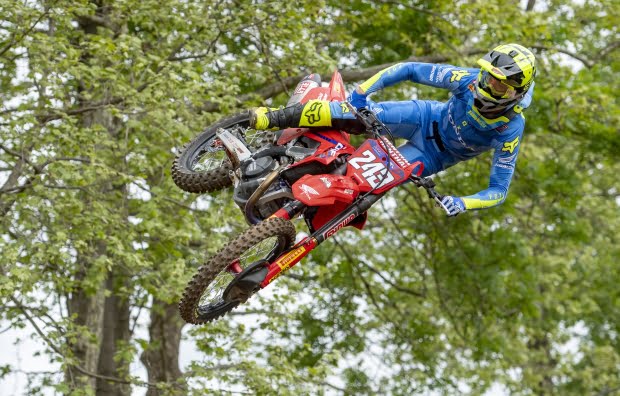 The heavy rainfall in the night and some more throughout the day made for some tough conditions but the top MXGP and MX2 stars took on the challenge and produced some intense racing that saw Stephen Rubini of Ship to Cycle Honda SR Motoblouz celebrate his first podium in MX2 and Monster Energy Yamaha Factory Racing claim a 2-3 podium with Jeremy Seewer and Maxime Renaux.