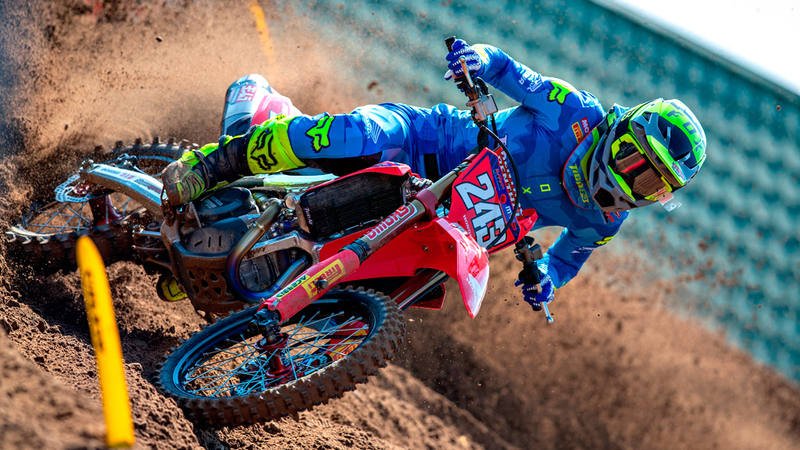 The 2022 FIM Motocross World Championship continues at the familiar venue of Kegums, Latvia, this weekend. It’s fair to claim that Kegums does not suit one guy in particular – everyone has had highs and lows on the sandy surface – and thus this event is rather unpredictable. One thing is clear though, that being the fact that everyone needs to stop the momentum that Tim Gajser has built. Another Gajser win would be catastrophic for his on-track rivals. Stopping the championship leader is easier said than done.

Four-time World motocross champion Tim Gajser has completely dominated the opposition at the MXGP of Latvia with a 1-1 performance to score his 38th GP victory and extend his championship points lead to 66 points over Jorge Prado. The Slovenian has gone 1-2-2-1-2-1-3-1-1-1-1-1 so far this year.

Gajser also joins Mickeal Pichon in seventh place in the all-time GP winners list with those 38 GP wins and is now just one behind sixth placed man the late Eric Geboers, who was another of the legendary HRC riders and has 39 GP wins to his name.