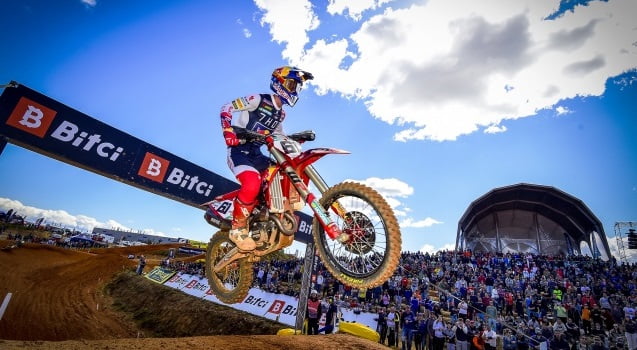 The MXGP of Portugal concluded the fourth round of the FIM Motocross World Championship after some intense battles in MXGP and MX2 that saw Red Bull GasGas Factory Racing’s Jorge Prado celebrate his first overall victory of the season, while Red Bull KTM Factory Racing’s Tom Vialle made it two on the bounce with a back-to-back GP win in MX2.

Meanwhile, Standing Construct Husqvarna Factory Racing’s Brian Bogers made heads turn with his impressive performance just two weeks after dislocating his shoulder and to top it off, he celebrated his first MXGP podium and first trip to the box since 2017 with third overall.

A 1-2 result handed Prado his first overall win of the season, as Gajser finished second on the box ahead of Bogers who was third. After round four, Gajser continues to lead the MXGP Championship classification with 186 points, 21 ahead of Prado and Renaux who remains third.