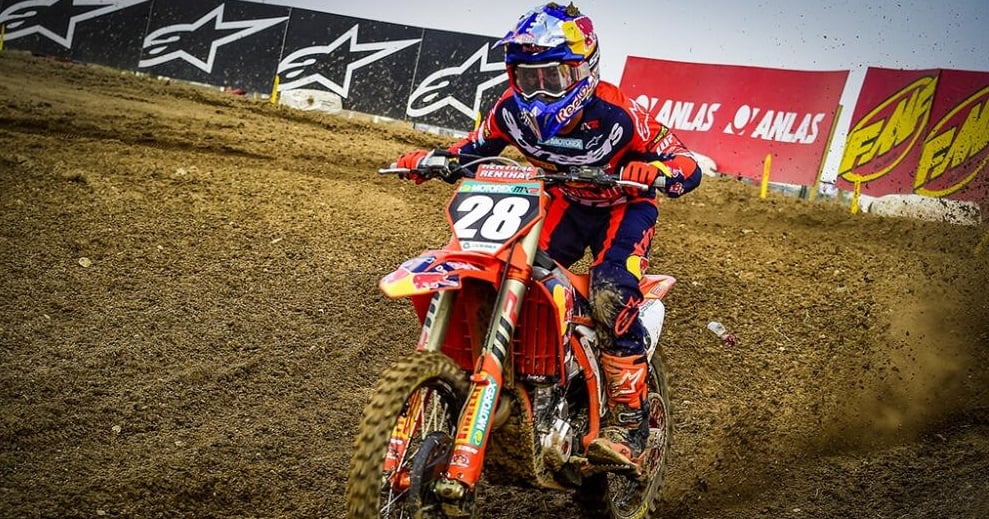 Once again, the final round of the FIM Motocross World Championship was a nail-biter with an intense second race that saw Red Bull KTM Factory Racing’s Tom Vialle secure his second title in the MX2 class after a hard-fought battle with Monster Energy Yamaha Factory Racing’s Jago Geerts.

The pair entered the final heat of 2022 separated by just one point, with Vialle having the upper hand. Though despite plenty of tense moments and Geerts’ best effort, Vialle was able to get the job done and celebrate in style with the perfect 1-1 scorecard.

Meanwhile, in MXGP, Team HRC’s Tim Gajser rounded out his championship-winning season with his 10th Grand Prix victory, as Kawasaki Racing Team MXGP’s Romain Febvre made his first appearance on the box to place third overall. And there was more to celebrate, as Red Bull GasGas Factory Racing’s Jorge Prado battled his way to the bronze medal position, ending his very tough season on a positive note.