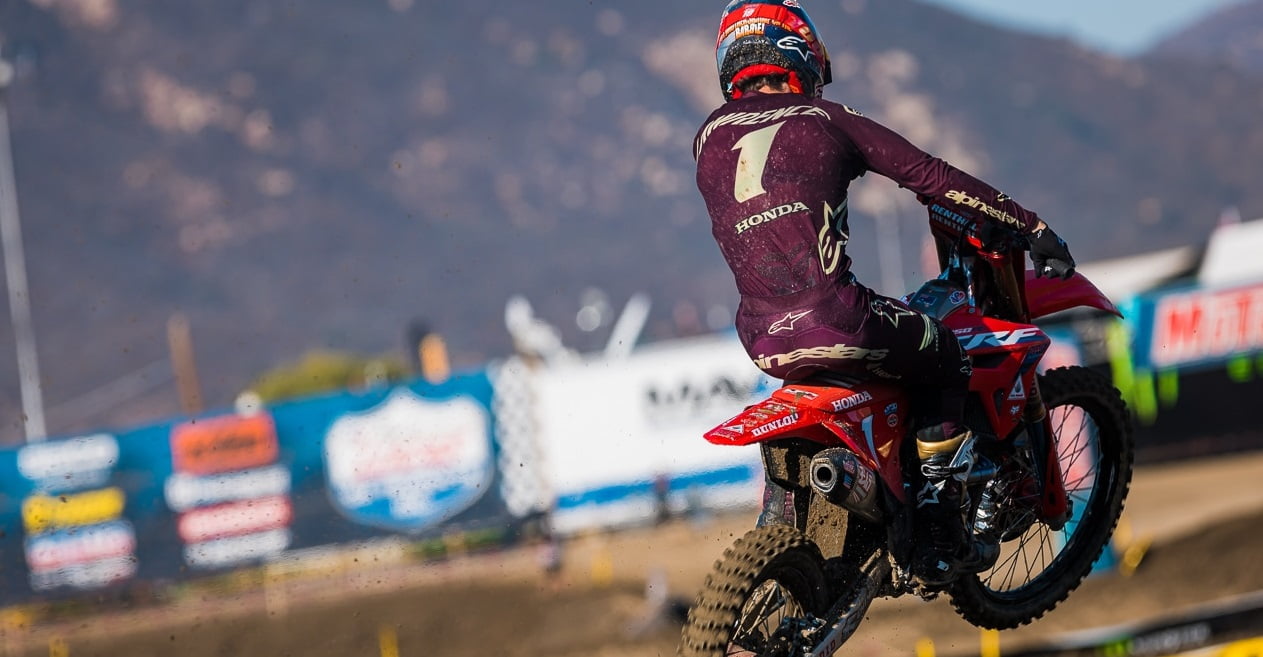 The last AMA Pro Motocross race of 2022 was held on a hot day at Fox Raceway in Pala, California. Even though the factory Honda rider, Jett Lawrence has had a dominate season, the last fews races haven’t gone the way he wanted which made the championship crown come down to the last race. I’ll Jett had to do was score inside the top 12 in the first moto and the Australian would once again reign champion of the 250 National class. It was the Pro Circuit Kawasaki riders of Jo Shimoda that had the only chance of hope to take the title, however his changes were bleak.

In the 450 class the last round would be interesting as Chase Sexton and Eli Tomac were only one point apart. The two factory riders would have to battle it out to capture the 2022 Pro Motocross 450 crown. Let’s see how things went down at the final round of the National motocross series.