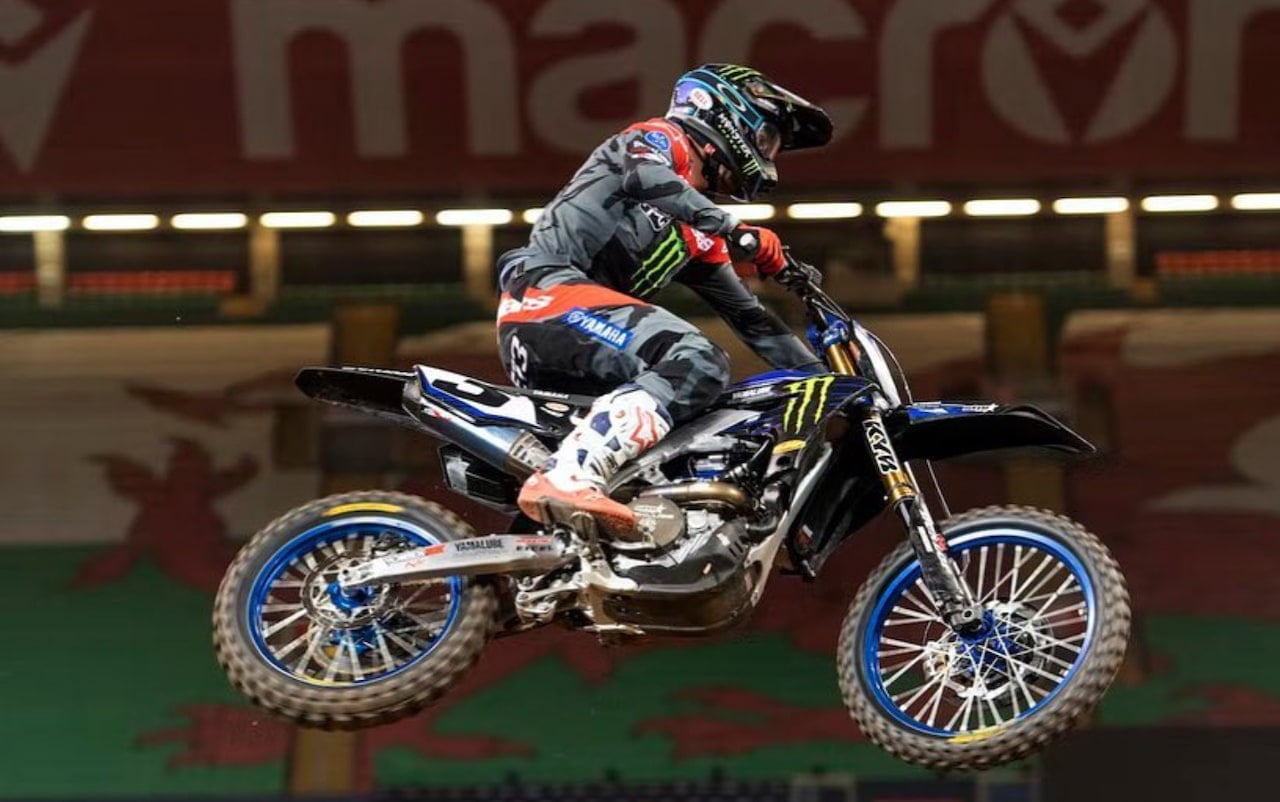 The first round of the 2022 FIM World Supercross championship was held in Cardiff, UK inside Principality Stadium. Riders from around the globe came together for this first round. This isn’t the American Supercross roster with its depth of competition. Most of the American factory teams like factory Honda and Kawasaki decided to side with the American AMA Supercross series. Many American riders came out of retirement like Cole Seely and Josh Grant as they couldn’t resist the big paydays of the WSX series. Even factory riders like Ken Roczen and Eli Tomac were lured to Europe due to the big money. Here is how the Cardiff Supercross round went down.