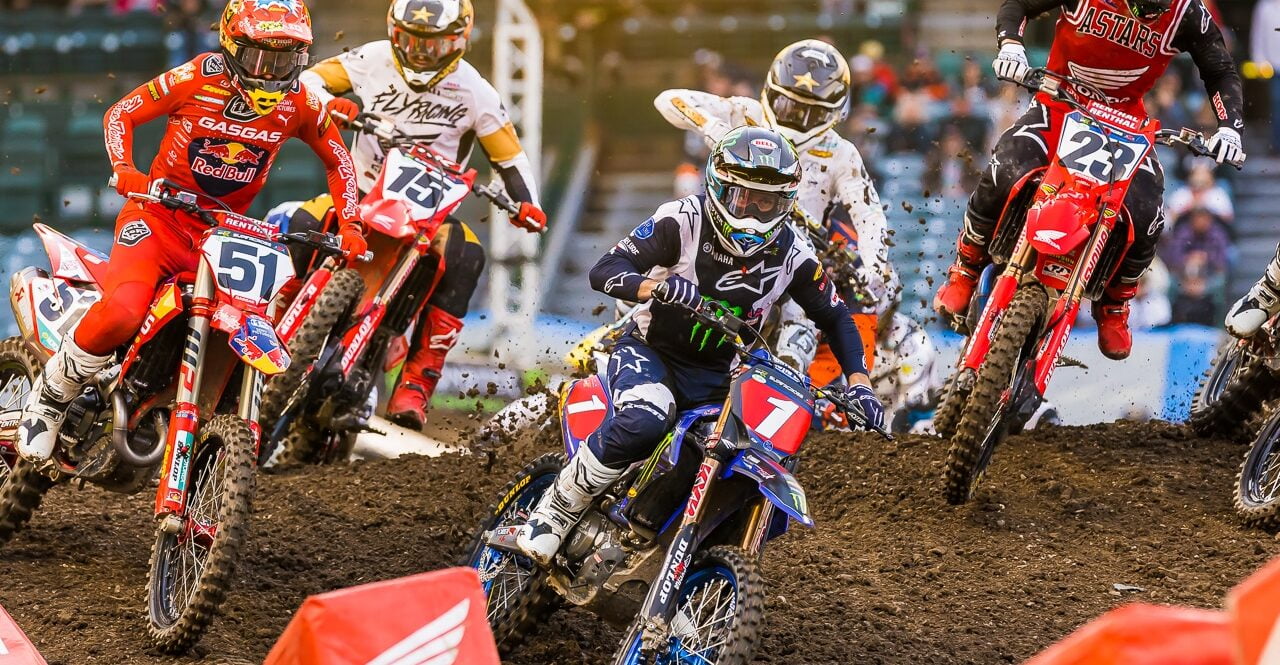 The 2023 Monster Energy AMA Supercross season has officially kicked off and all eyes are on Anaheim 1. Coming into the season opener, defending Champion Eli Tomac is lining up with the red plated number 1 on his Star Racing Yamaha YZ450F and he has an impressive list of high caliber riders right behind him, chomping at the bit. Two-time Champion Cooper Webb is looking for redemption this year after a tough go in ’22. Chase Sexton is coming into the ’23 season with a lot of potential, he won his first 450SX Main Event at San Diego last season and took the 450 Outdoor National Championship down to the wire, ultimately finishing second to Eli Tomac.

The 250 West division is set to kick off the AMA Supercross season at the 2023 Anaheim 1 Supercross and it’s Jett Lawrence, RJ Hampshire, Austin Forkner and Cameron McAdoo who are headlining the 250SX class. This year’s Anaheim 1 track was covered in water all week, but the Dirt Wurx crew did an amazing job keeping it covered with tarps. After uncovering the track and letting it bask in sunlight on Friday, the conditions have been surprisingly better than most people have expected.

Coming into the 2023 Anaheim 1 Supercross, the points are reset to zero and all eyes are on Angel Stadium to see who can come out swinging and score the first win of the season. See below for 450 race results as they are updated throughout the night at Angel stadium.