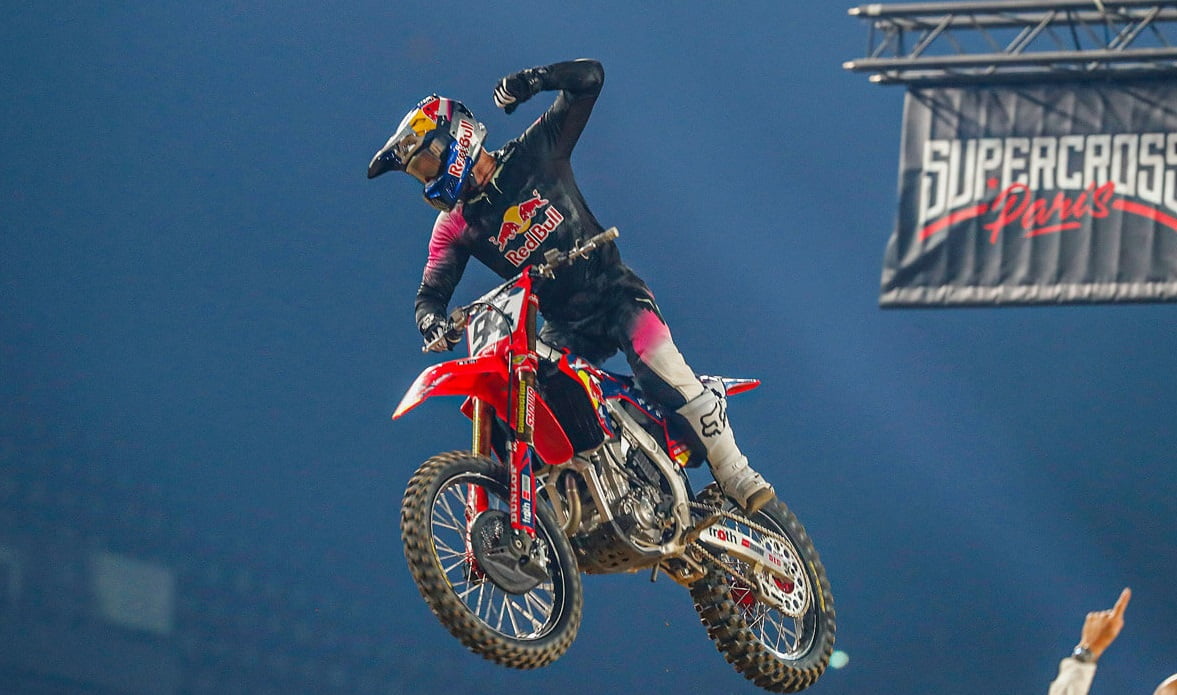 Press release: AUSTRALIA (December 9, 2022) – After two highly successful pilot events in 2022 that saw more than 85,000 fans enjoy world-class supercross action in Cardiff, Wales and Melbourne, Australia,SX Global today announced six events for the 2023 FIM World Supercross Championship (WSX). The 2023 schedule will expand the championship’s global footprint with FIM-sanctioned Championship rounds in France, Germany, and Canada, while also returning to Australia and the UK. The championship will also expand into Southeast Asia, with the exact location to be announced in the near future.

“It’s incredibly gratifying to see our vision for a truly global supercross championship steadily coming to fruition. Our goals, while ambitious, are clear to elevate supercross to a global audience through a truly international calendar of events, visit diverse destinations that have well-established and passionate fan bases, and visit new regions where supercross can grow and flourish,” said SX Global CEO, Adam Bailey. “We believe the 2023 schedule delivers on these promises, yet it’s only the tip of the spear. We have so much more room for growth in regions across the globe that are hungry to witness this incredible spectacle, firsthand. We are only scratching the surface of our long-term plan for WSX.”

FIM Motocross Commission Director Mr Antonio Alia Portela said, “After a successful 2022 debut season, SX Global is bringing the FIM World Supercross Championship to new countries. World Supercross enters a new era which will see the series expand to countries and venues worldwide, much to the delight of its many fans. And this is only the beginning, we are confident that many more countries will join the Championship in the near future.”

WSX will bring its pioneering supercross experience back to the UK, at Villa Park, Birmingham for the opening round on July 1st. The Championship will then cross the channel to France for round two on July 22nd at Groupama Stadium in Lyon-Décines. The series will make its way into South-East Asia on September 30th, before heading to Dusseldorf, Germany on October 14th at Merkur Spiel Arena. On October 28th, WSX will be in Canada at BC Place in Vancouver and, once again, the series finale will take place in Melbourne, Australia at Marvel Stadium, on Nov. 24th and 25th.

“Our pilot season was designed to test what is possible and prove that the sport of supercross has strong demand from fans in previously underserved countries across the world,” said Bailey. “The incredible fan response and attendance for events in Cardiff and Melbourne reinforced that our instincts were indeed correct, and we are now powered by strong momentum and interest from cities, promoters, broadcasters and sponsors all wanting to be part of the new global championship. We are excited to continue to showcase this incredible sport to fans across the globe”.