| The Home of Motocross News
Home News Aaron Plessinger Injury Update – We Will be back to Rumble in... 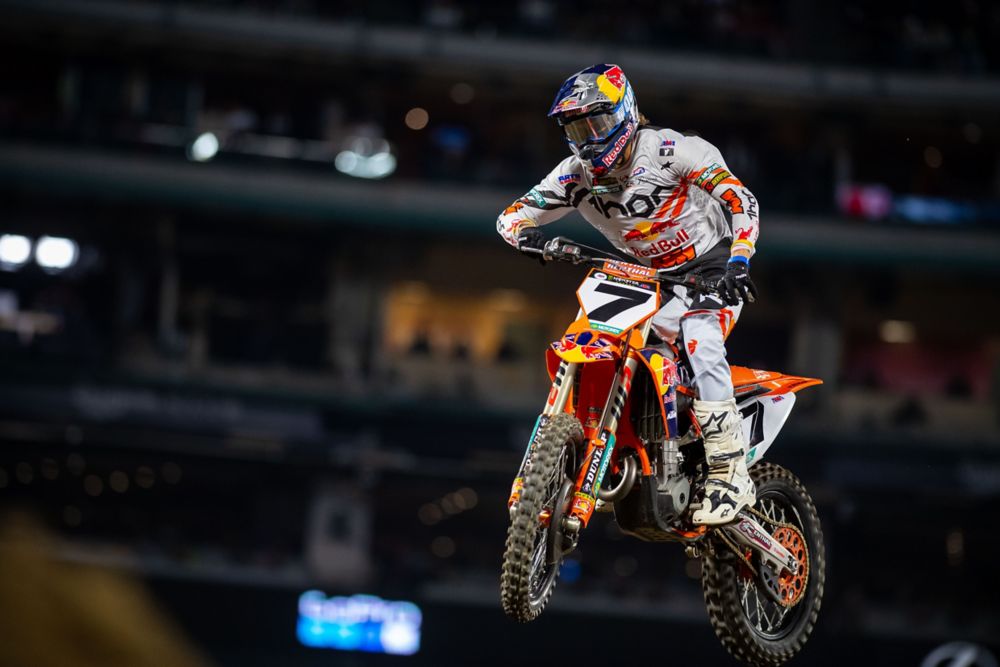 It was a tough break for Plessinger, who had a strong start to the night capturing a stellar heat-race holeshot aboard his KTM 450 SX-F FACTORY EDITION. He led the first four laps before getting passed by Eli Tomac and he went on to secure a season-best second-place finish in the heat.

In the Main Event, Plessinger didn’t get the best jump off the start and he found himself outside the top-10 on the opening lap. He went to work right away making an early charge but he lost his footing in the sand section and went down hard on his wrist, unfortunately ending his race after only a few laps.

Aaron Plessinger: “I actually started off pretty good. I felt really good on the bike, had the best qualifying and just felt the most comfortable I have so far. After a solid heat race, I was en route to having a really great night but I didn’t get the greatest jump on the start of the Main and it kind of all went downhill from there.

I was in the back battling and then I tried to go for one of the outside passes and ended up smashing a hay bale and landed on the ground. It ended the night for me but nothing is broken or injured too bad, so we’ll be back and ready to rumble in Phoenix.”