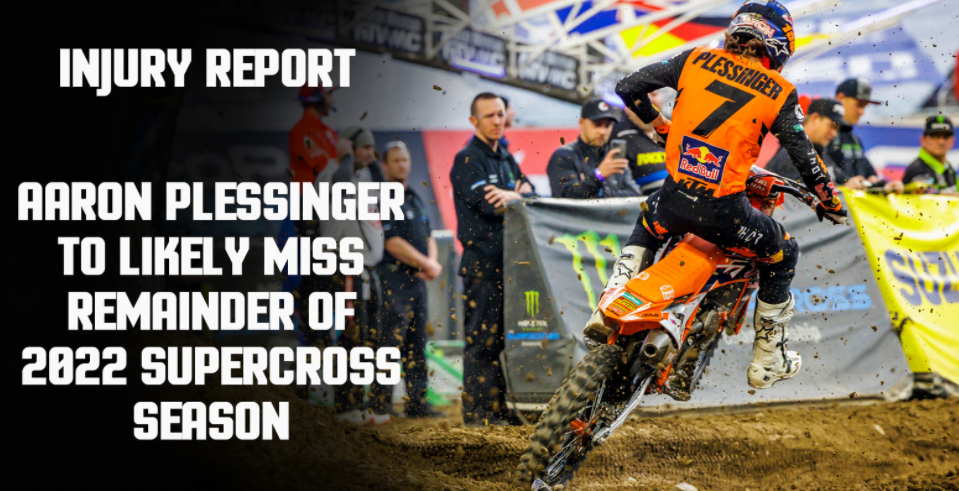 Sad news from Red Bull KTM Aaron Plessinger suffered a practice crash today and has broken his arm. As stated below, it’s unlikely we’ll be seeing the #7 on track any further this Supercross season. Get well soon Aaron! Press release and Instagram post below.

Plessinger will undergo surgery as soon as possible to repair the bone, therefore missing Round 8 of the AMA Supercross Championship series this weekend in Arlington, Texas. While his healing time has not been fully determined, Plessinger will most likely miss the remainder of the Supercross season.

Aaron Plessinger: “I was having a great day training today but unfortunately a pretty simple get-off resulted in a broken radius bone. I’m super disappointed as I felt like I was starting to find my groove this week. We made a lot of progress testing, so I’m upset that all our hard work in recent weeks has come to an abrupt end for the season. I’ll do what needs to be done to recover fully but will most likely miss the remainder of the supercross season.”