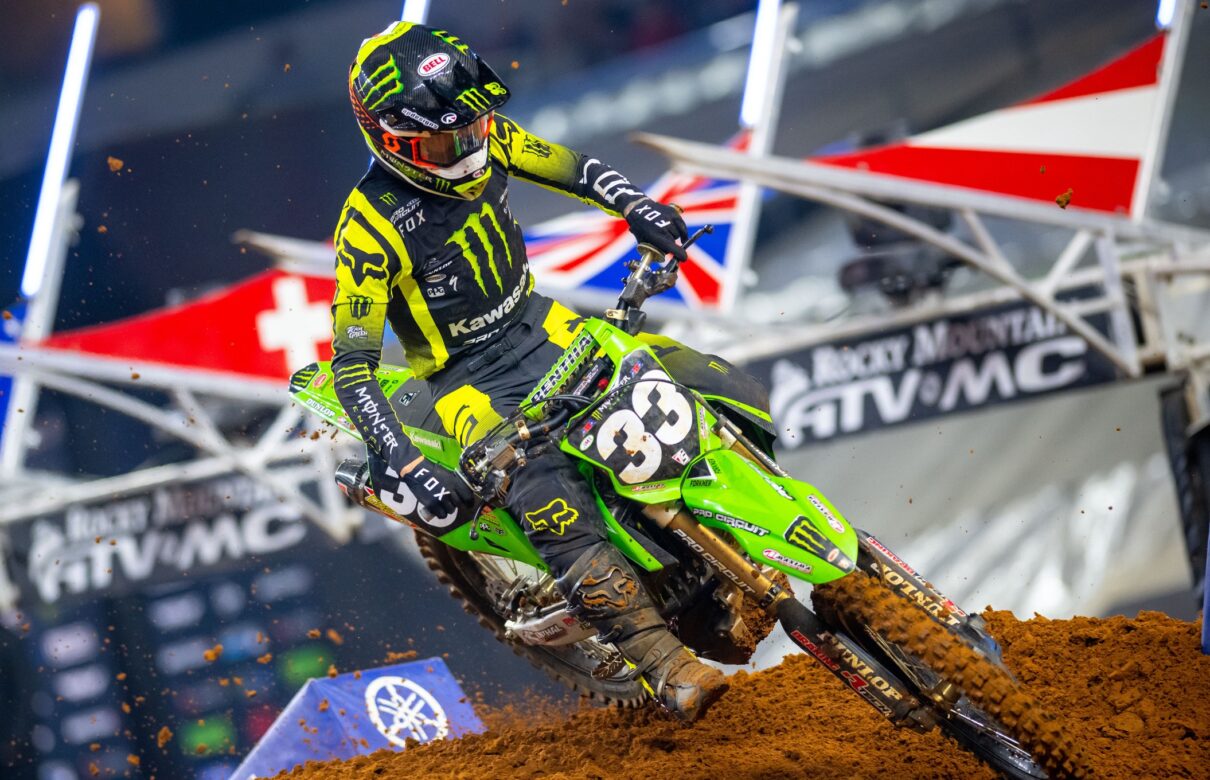 Pro Circuit Kawasaki Austin Forkner is making a big comeback to the championship this Saturday April 16 in Atlanta. It’s a good surprise to see the Kawasaki PC rider returning to competition when he has nothing left to play for in the final standings.  Forkner has been out since suffering a broken collarbone in the third race at the Triple Crown event in Arlington. Austin is currently 17th provisionally on the East Coast. For his return to competition, a “Showdown” awaits him like the rest of his adversaries, namely a confrontation between the riders of the East Coast and those of the West Coast. It promises. “Welcome back” Austin!

@AustinForkner will join @JoShimoda at this weekend’s East/West Showdown in Atlanta. Let’s wish him good luck!  ”

“Jo and Austin have been riding together this week along with Jason [Anderson]. Both guys have done some MX riding recently to prep for the faster style track at Atlanta. They fly out for Atlanta’s press day on Thursday and are looking forward to racing.” – Iain Southwell, Team Manager.