| The Home of Motocross News
Home News Back to Orlando After 14 Years – Carmichael’s Last Ever Supercross! 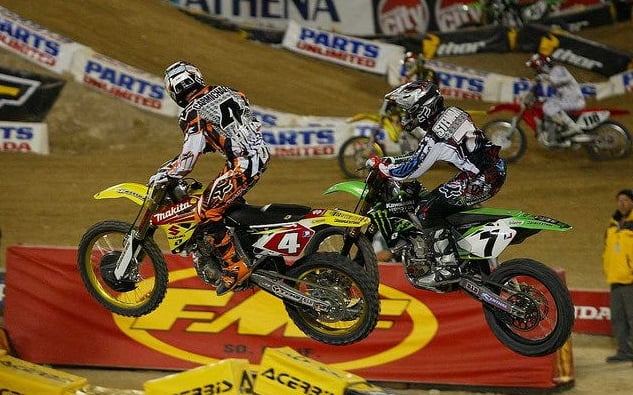 The AMA Supercross series returns to Orlando this weekend for the first time since 2007 in what was one of the most iconic races in supercross history – and they will be using the same dirt this weekend!

It was the last supercross race of America’s GOAT, Ricky Carmichael, and he went out in style after one more epic battle with maybe the most naturally talented American rider of all time, James Stewart.

To make that time even more memorable for Carmichael, he got flown in by helicopter after his wife had given birth just 48 hours before the race! The two legends then proceeded to put on a riding clinic for the rest of the field and the lucky Orlando crowd – this is a race never to be forgotten.