| The Home of Motocross News
Home News Banned to Race in the US Outdoors Evgeny Bobryshev Speaks!! 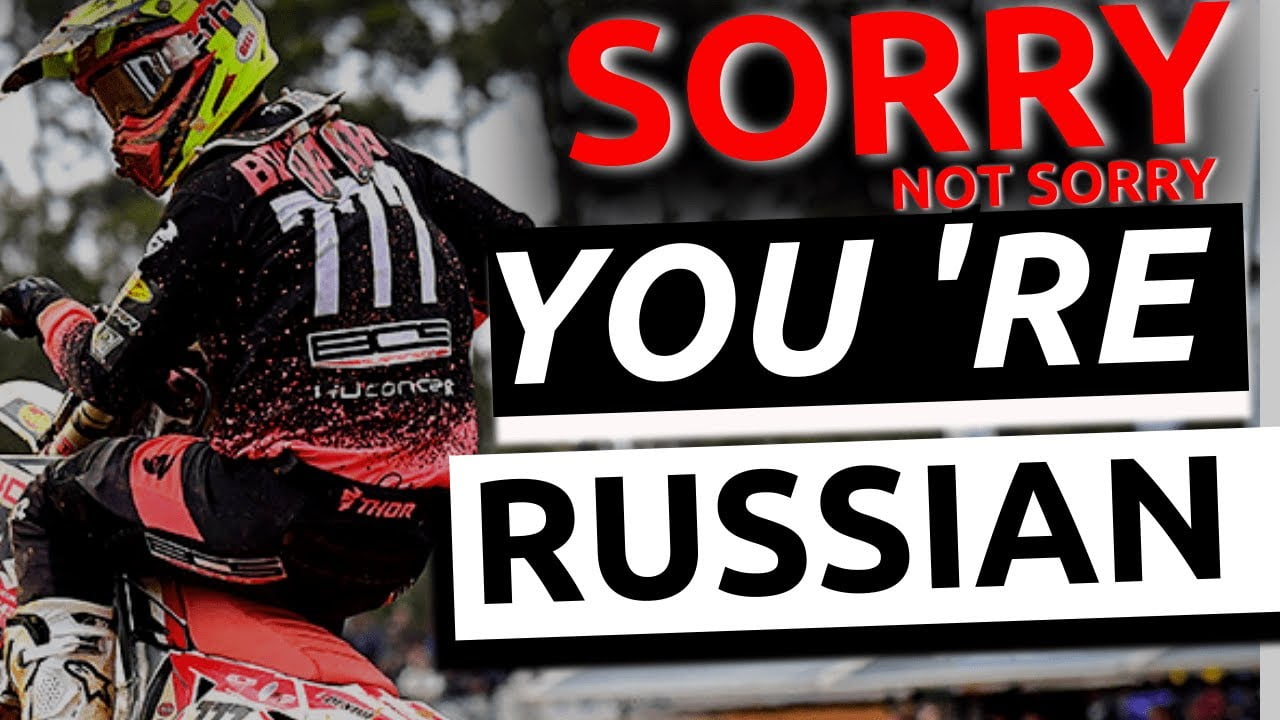 On March 5, 2022, the Board of Directors of the Fédération Internationale de Motocyclisme (FIM) announced its condemnation of the Russian invasion of Ukraine and its decision to suspend the Motorcycle Federation of Russia (MFR) and the Belarusian Federation of Motorcycle Sport (BFMS) as a result. The FIM Board also recommended that all affiliated members of the FIM and FIM Continental Unions take similar action.

Evgeny Bobryshev planned to race 2022 AMA Outdoor Season… Turns out he is married to a half Ukrainian woman and has lived in the Netherlands for 15 years, yet he cannot race in the USA… Weird world we are living in, with lots of spineless followers running AMA Pro Racing. They need to do what’s right and let the man earn a living.

Cooksey Media did a interview with Evgeny you can listen down bellow !!