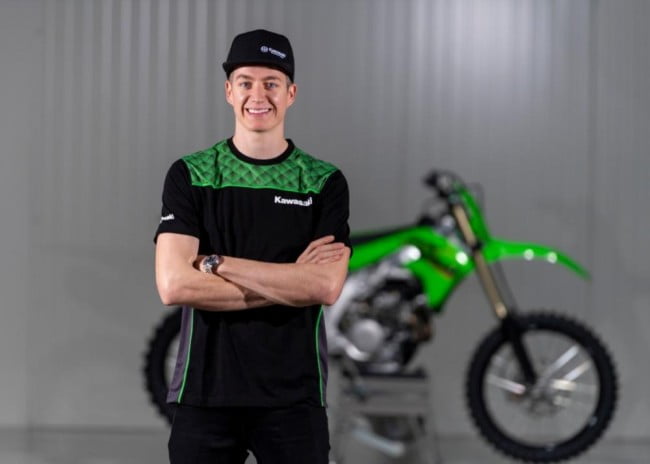 Factory Kawasaki MXGP Team confirms that Ben Watson will be the new teammate of Romain Febvre next season, joining the Frenchman in the Kawasaki Racing Team assault on the FIM MXGP Motocross World Championship.

Kawasaki Motors Europe Racing Manager Steve Guttridge is convinced that Ben will be a strong teammate to Romain Febvre:

“It was a tough decision-making process to work through along with the project leaders in Japan regarding whom should finally take the second seat inside our factory MXGP team. We have a clear focus on Romain to challenge for the title, but the future arrives fast and a younger teammate who can grow into the MXGP programme is very important also. The duo already have a close relationship as they have often trained together in the past and Ben has already experienced a solid rookie season in the MXGP class which takes a big extra learning curve for riders coming up from MX2 to succeed within these days. Inside the Kawasaki Racing Team we believe the staff can help Ben make that step in his career in 2022.”

Ben now has a little over two months to prepare for the opening round of the 2022 World Championship which will start in his native UK on February 20th at Matterley Basin.

I am incredibly proud to be joining the Kawasaki Racing Team MXGP along side @romainfebvre in 2022. Thank you for believing in me and giving me this opportunity @racekawasaki let’s get to work together 🟢