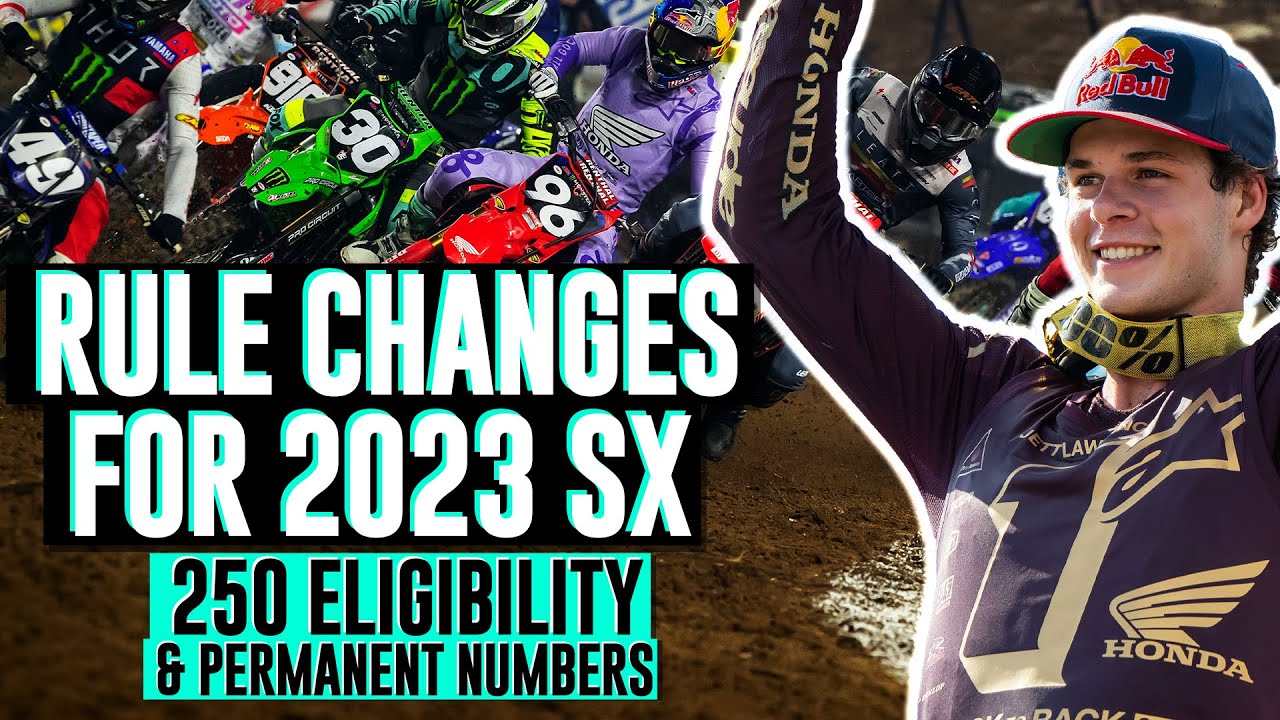 With just over a month before the AMA Supercross opener, some changes have been made to the rule book for the 2023 season.

Starting in 2023, the only way a rider will be forced to move up to the 450 class is by winning a title. In which case, the rider will be eligible to participate in the 250SX class for a maximum of four years total.

If a rider wins two 250 titles, they will be eligible to participate in the 250SX class for a maximum of three years total regardless of what year they won their second title. A rider also must earn five points for it to count as “a season” which helps in regards to an a pre-season injury.

The rules are only coming into force going forward so anyone that pointed out this year still need to make the move up to the 450SX class in 2023.

You can see the official rule changes below: