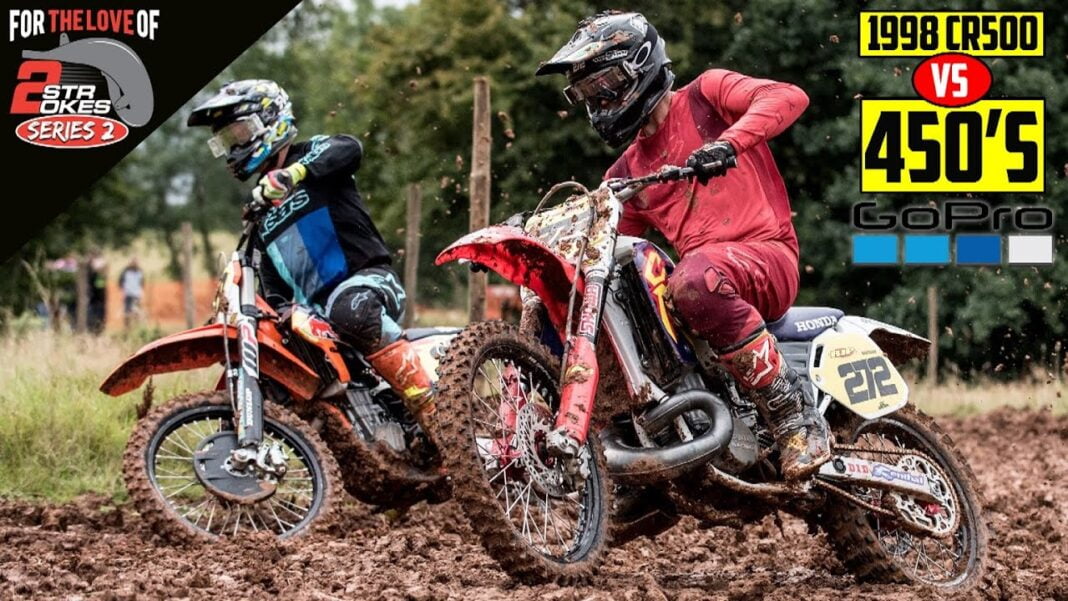 All the way back in 1984 Honda introduced the first iteration of the legendary CR500, fittingly nicknamed the ‘Ping King’. Back then its 491cc 2 stroke motor was pushing out a ridiculous 60-64 HP, but in 2001 when the CR500 was discontinued the HP had mellowed to around 56. The CR’s power figure is enough to rival new off-road bikes today, but that’s not what made the ‘Ping King’ so special.

The “For Love of 2 Strokes” series by Toofast Media Group on their YouTube channel 999lazer has had a lot of momentum on line and they’ve saved the best until last. This is the full race video where 37 year old Nev Bradshaw took his 22 year Old CR 500 to a moto win at the AMCA MX 1 championship racing a full field of modern 450’s.

It’s the full race with a tonne of unseen footage. Dirt Bike moments like this are rare, we hope you enjoy it as much as we enjoyed filming it.