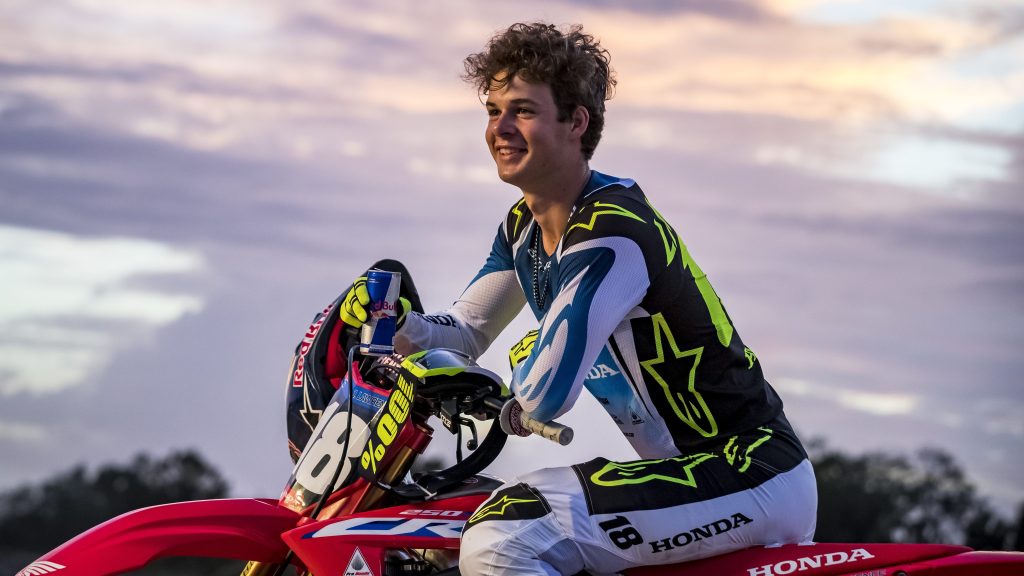 First it was a rumor and now it’s official, Jett Lawrence will not race this Saturday at opener Anaheim 1 West Coast 250SX as it was planed due rib injury in crash practice

Honda HRC’s Jett Lawrence will not race in the 250SX West class of 2022 Monster Energy Supercross, following a practice crash on December 27. Lawrence crashed hard whilst preparing for Anaheim 1 at the 83 Compound and, despite his best efforts, it has been decided that it would be best for him to focus his efforts on the 250SX East series that begins in Minneapolis on February 19.

Hunter Lawrence, who has had a fairly uneventful off-season, will take to the track inside of Angel Stadium, as he has changed his focus to the 250SX West series. Honda HRC will have Ken Roczen and Chase Sexton in the 450SX class.

Here is the crash footage of Jett Lawrence