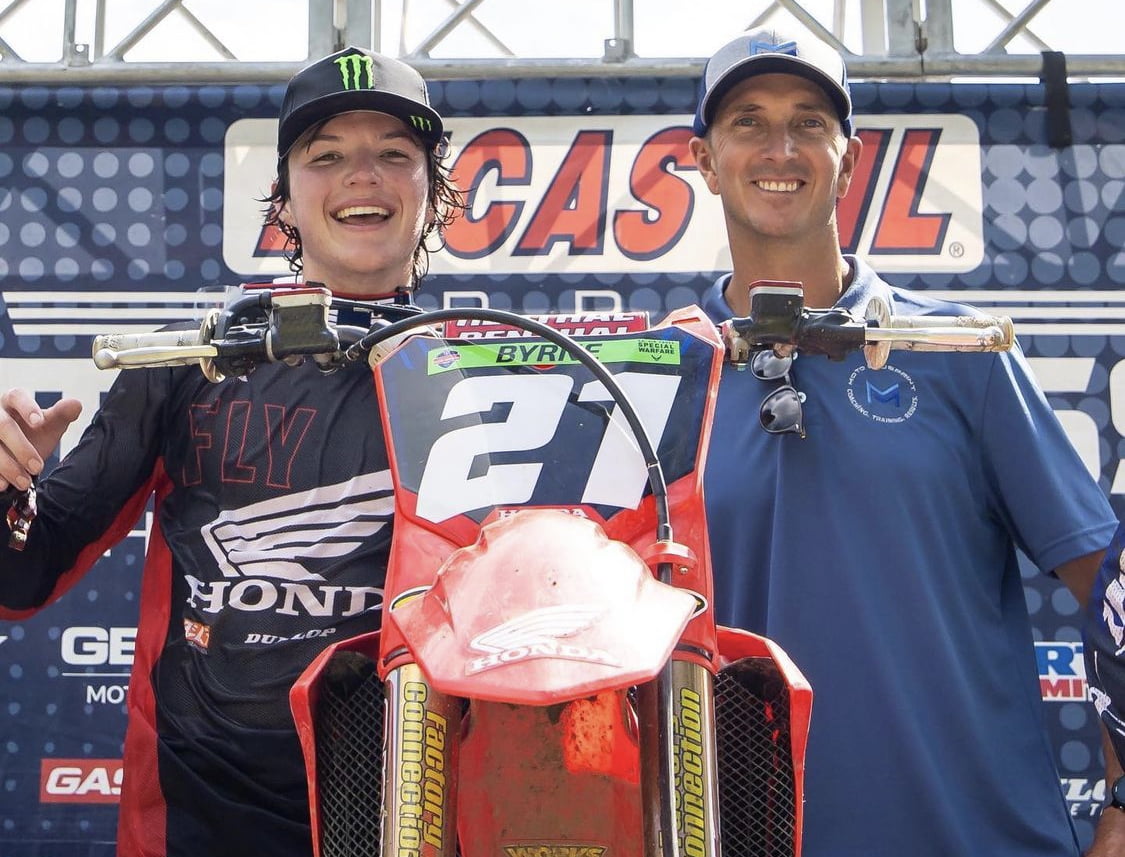 Only up from here! Bummed about my performance at LL is an understatement,” Hymas wrote at Loretta’s. “Back to the drawing board and gonna keep working! With that being said, my team and myself have decided it’s best that I don’t race the upcoming @promotocross rounds and I take this time to get myself back to 100%. Thank you to everyone for the support, I couldn’t do it without you guys.” Hymas was back in form at the second Scouting Moto Combine at Ironman, as he went 1-1 over Evan Ferry and Dax Bennick.

The team confirmed the move in a press release following Ironman.

“The Ironman round featured a Scouting Moto Combine competition for top amateur riders, and Honda’s Chance Hymas qualified on top and swept both moto wins. The Idaho native is planning to make his pro debut in the 250 class during the AMA Pro Motocross finale at Fox Raceway.”