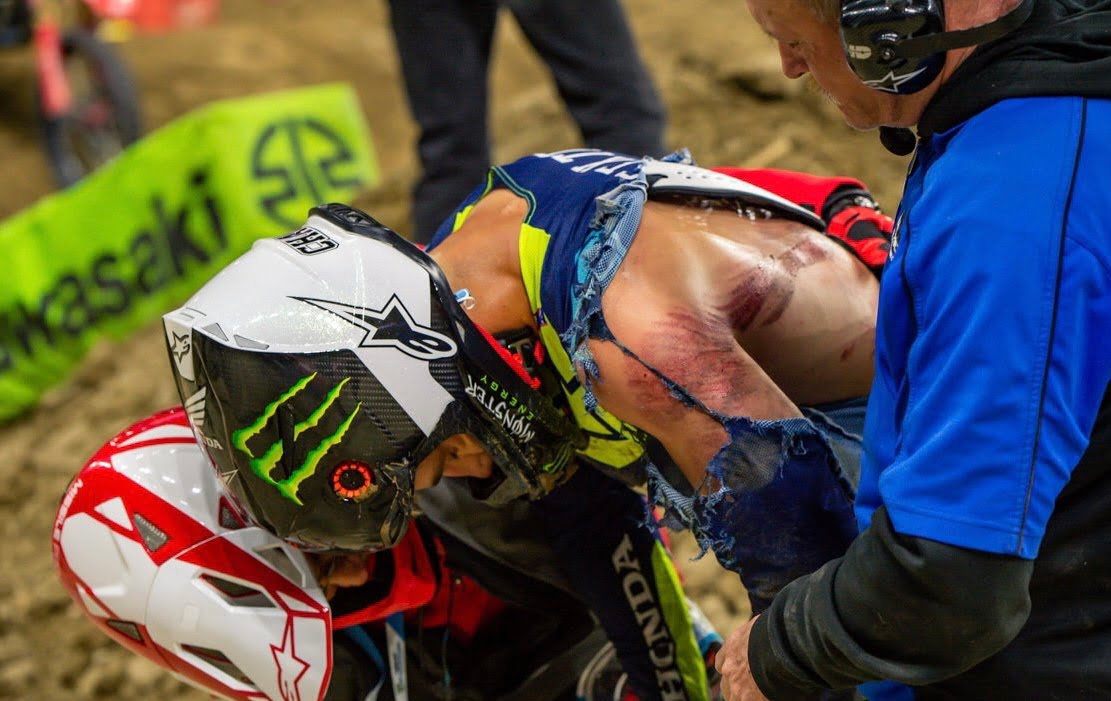 Cooper Webb and Chase Sexton were involved in a scary crash in the 450 main event at round 10 of the Monster Energy Supercross Championship on Saturday night in Detroit.

Late in the race, Webb misjudged a rhythm section and Sexton, with no where to go, landed directly on Webb. Both went down hard and Sexton was not able to continue. Webb did remount and did a few laps but wasn’t able to use his right hand. He went around the whoops on a number of laps and we’ve heard an AMA official told him to go to the mechanics area

On Instagram today, Sexton confirmed he sustained no injuries in the crash and will be ready for the next round in Indy on Saturday.

“Wrong place wrong time… thankful to walk away from that one with some minor bruises. Hope you’re all good @CooperWebb2. See you guys in Indy 💪🏼”