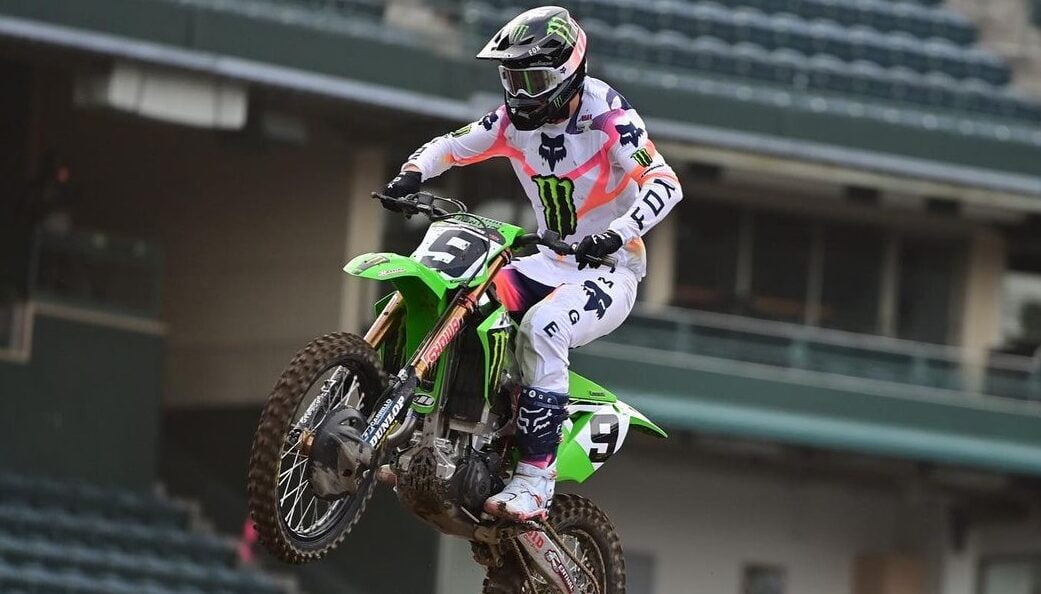 The highly anticipated opening round of the inaugural SuperMotocross World Championship resulted in a podium celebration for Monster Energy/Pro Circuit/Kawasaki rider Cameron McAdoo as he claimed third place in the 250SX Class Main Event. In the 450SX Class, Monster Energy Kawasaki teammates Jason Anderson and Adam Cianciarulo overcame the treacherous conditions to secure a pair of top-10 finishes with seventh and ninth place, respectively. Fellow Monster Energy/Pro Circuit/Kawasaki rider Austin Forkner proved his speed by qualifying in pole position and charging through the competition in his Heat Race before a crash at the start of the 250SX Main Event sidelined him for the remainder of the night.

Jason Anderson: The track was really demanding tonight with all of the sharp edges and quickly changing ruts which caught a lot of riders out during the day. From the morning practices through the end of the 450SX Main Event, you had to be precise with where you put your tires on every section of the track. I had a few mistakes that cost me from getting into the podium battle at the end of the night but, overall, I feel like we’re in a great place with the KX450SR to be competitive for wins again in 2023.”

Adam Cianciarulo: First and foremost, it was great to be back at the races doing what I love with my team today. We are aiming to build some momentum and continue improving throughout the season so, to start inside the top-10 after nearly a year away from racing is a positive. It was a really challenging track today for everyone but, we managed it all well as a team and came away with a solid result at the end. I’m looking forward to doing it again next week in Oakland.

Cameron McAdoo: The energy is always high at the opening round and the track was especially technical tonight so I stayed focused on being the best I could be throughout the day and trusted that would place me near the front of the running order. All in all, a podium result is a solid way to start out the season and our goal is to consistently finish near the front with the aim of challenging for the 250SX Championship. I still feel like I could have executed a few things better in the late stages of the Main Event to contend for the win so, I’m going to continue working with the team and look to improve next weekend in Oakland.