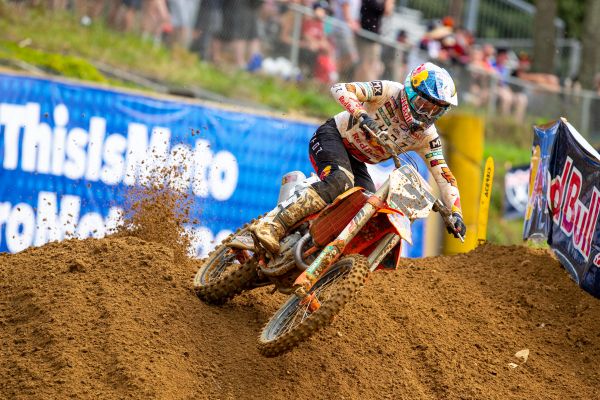 After a catastrophic Supercross season for his usual standards, Cooper Webb will sit out the Pro Motocross Season. The KTM rider confirmed it himself at podcast show DMXS Radio , the first American podcast in history. “I need time to recover physically, the season has been difficult . Especially in my head.” said the defending SX champion, let’s not forget, touched down in Detroit. A completely failed title defense, therefore, with no victory to claim. In question, Cooper Webb claims that he did not know how to get as fast as he would have liked on the bike.

Cooper explains however that even if this season obviously did not go as planned, he who is at the end of the contract has not yet officially resigned but is in the process of doing so, and will be back for a full season Supercross and Motocross in 2023, contrary to rumors that announced it Supercross only.

Cooper Webb also opens up about his almost burnout last year at Aldon Baker, confirming that he did not go far from hanging up permanently and therefore badly needed the change he made with Michael Byrne, although it didn’t quite go as planned. Back at the Baker’s Factory , he says he’s more motivated than ever after “getting his ass kicked all season,” as he puts it.

Incidentally, Coop ‘confirms that this decision, taken some time ago, was also partly motivated at the time by the arrival of Jeffrey Herlings in the USA, and therefore a lesser need to have Cooper under the KTM tent. What regret even more these new operations on the feet of the Dutch, which deprive us of a season which had the potential to be historic.