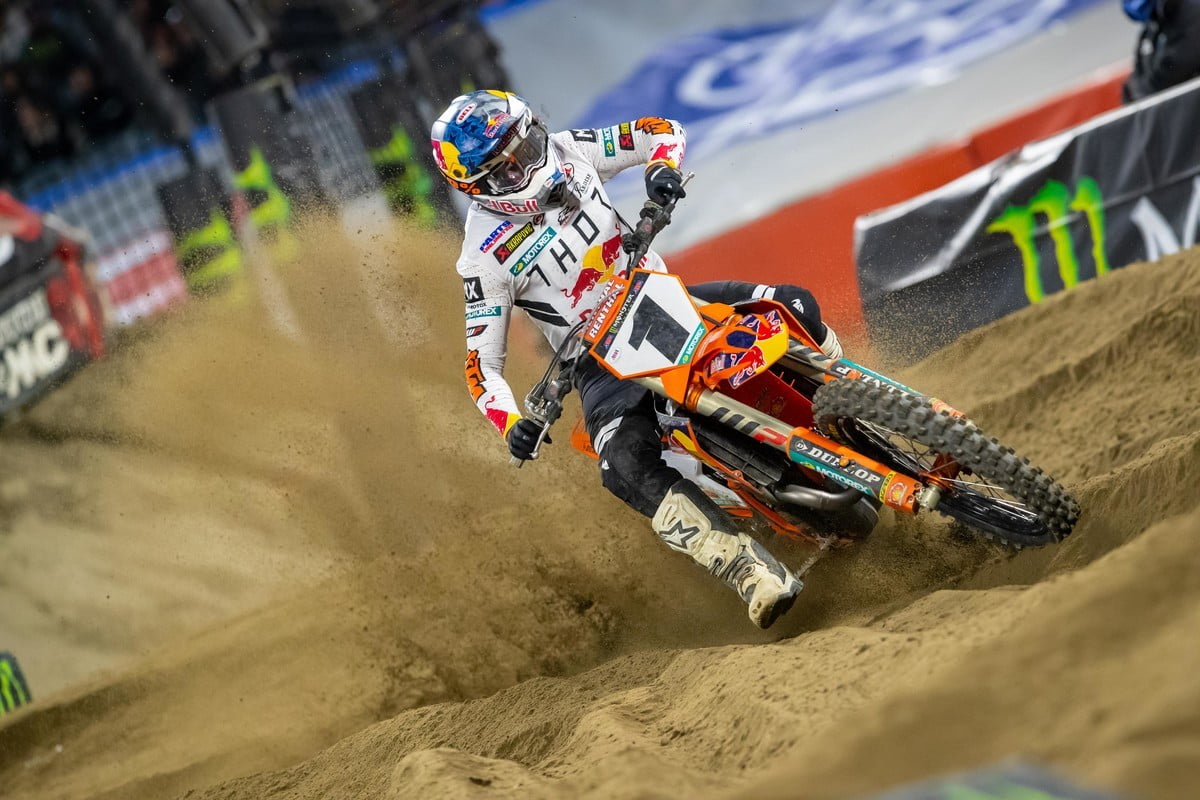 Red Bull KTM announced today that the two-time Monster Energy Supercross Champion has re-signed with the team on a one-year deal that will keep him with the Austrian brand through 2023.

“I am excited to continue my relationship with the Red Bull KTM Factory Racing team and I’m really looking forward to going after a third AMA 450 Class Supercross Championship together next season!” said Webb.

2023 will mark the fifth season Webb has spent with the team since coming over from Yamaha.