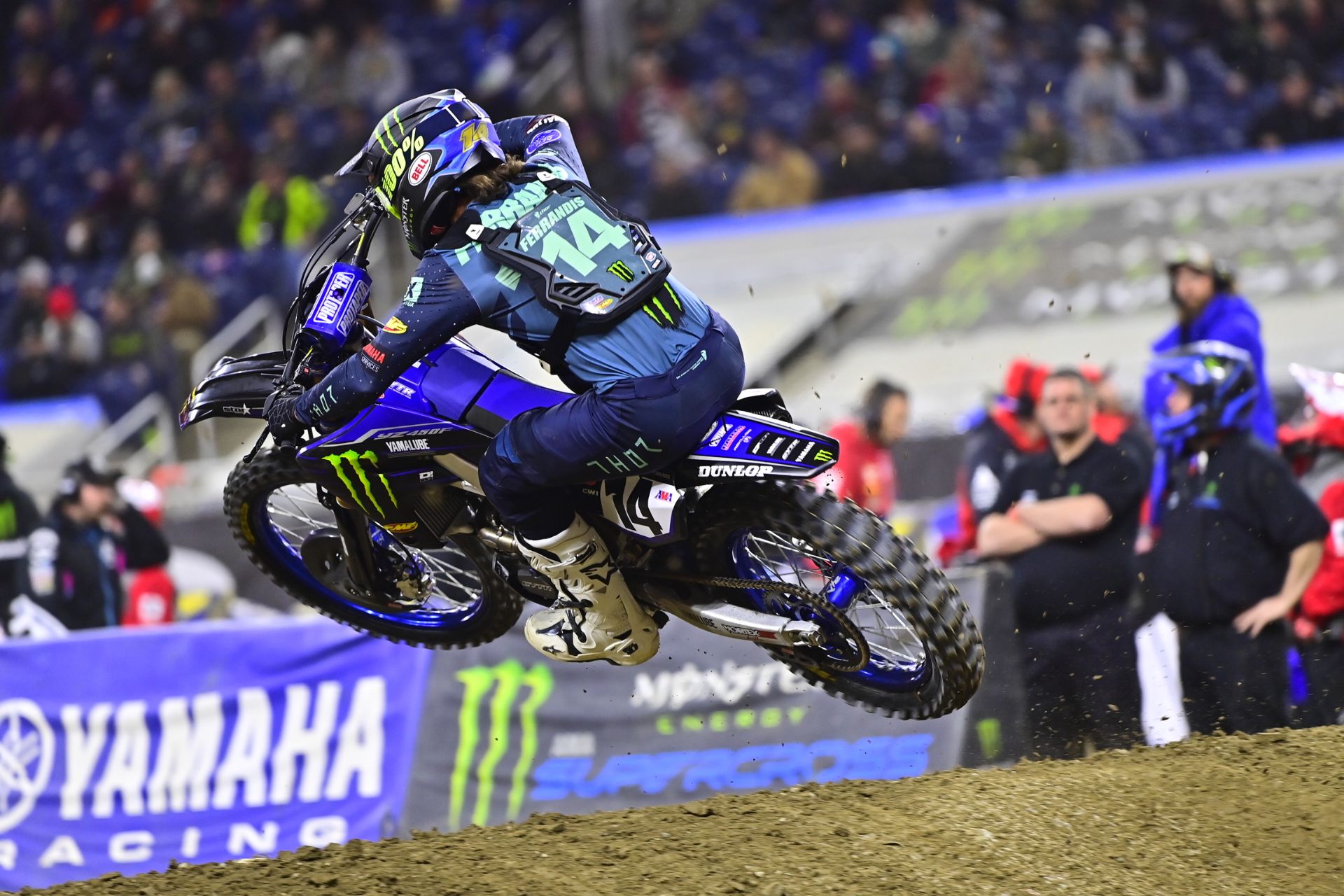 Star Racing Yamaha Dylan Ferrandis announced on his Instagram today that he will miss round 11 of Monster Energy AMA Supercross in Indianapolis due to a wrist injury sustained in Detroit.

Ferrandis was one of many riders that exited the 450 main event early Saturday night at round 10 of Monster Energy AMA Supercross in Detroit. He had worked his way up to fifth toward the later half of the main, but came up short on a quad and was unable to finish the race. He was credited with a 19th place finish.

Unfortunately I will not line up at Indy this
weekend, during the main event in Detroit I took a deep rut on the over on-off jump and landed too short on the front wheel, didn’t crash but my right wrist absorbed all the impact and I had to withdraw from the race, diagnosis show nothing’s broken just bone bruise luckily, but the pain and soreness will not allow me to ride at the level I am suppose to.

It’s been a tough first part of the season so far and I am very frustrated to have not been able to show yet what I am capable of but it’s part of racing, glad I have good team and people around me to be supportive in this difficult time.